Given one word to describe this crazy season, we'd pick "phony." That insulting adjective appeared almost weekly in Drag News and often in Hot Rod magazine, the top two information sources for drag-racing followers in 1960. Among the targets were prominent camgrinders, track operators, sanctioning officials, individual racers, and some unprecedented mile-an-hour clockings by primitive Fosdick timers infamously sensitive to the fluctuating voltage produced by generators or jerry-rigged track-electrical systems. In an era when NHRA allowed gasoline only and the top few "outlaw" fuelers were recording low-to-mid-180s on state-of-the-art Chrondek clocks, dubious double-century speeds were first advertised this season and, thus, seemingly legitimized by sponsoring companies.

Copycat manufacturing of speed parts was nothing new, but never before had rival manufacturers gone to war as publicly and personally as Ed Iskenderian and Ray Giovannoni did after Don Garlits unilaterally broke a $1000 annual contract with Isky Cams in favor of Giovannoni's irresistible $10,000 offer: $5000 up front, plus a promised $5000 that never materialized. Gone for good was the good-natured needling of earlier Cam Wars ads among friendly rivals. Three years ago in Performance Racing Industry magazine (Feb. '16), Mr. Isky told writer Greg Zyla about a cross-country family vacation that happened to include a stop in the alley behind Giovannoni’s Daytona Beach storefront, after hours. Ed was convinced—and still is—that his former dealer was duplicating Iskenderian profiles. "I saw just a couple cams," he recalled of the unauthorized inspection, "but I did see maybe 100 Giovannoni Cams T-shirts all lined up, so that's what was really going on." To this day, Ed refers to his short-lived competition as "Giovaphony."

This era was also marked by unprecedented casualties. The shocking 1959 losses of leading drivers like Jay Cheatham, Red Case, and Mickey Brown were followed this year by crashes claiming national-record-holders Hank Vincent and Leonard Harris, among others. Nor was the carnage confined to big stars or fast rail jobs: Chrysler engineer and Ramchargers cofounder Wayne Erickson died from injuries suffered in a spectacular, fiery wreck of his C/Gas coupe during Detroit's NHRA Nationals, while 21-year-old Carol Ann Lobdell ran off the end of Puyallup (Washington) Drag Strip under full throttle after clocking 116 mph in a B/Street Roadster. Unknown numbers of additional accidents went unreported outside of regional media. The slick Petersen monthlies were still overseen by editorial director and NHRA president Wally Parks, who always encouraged “positive” reporting and rarely mentioned any racing victim whose death hadn’t already made national news. The vast majority of strips attracted little or no exposure in magazines or even the weekly tabloid Drag News, which relied almost entirely on race coverage submitted by weekend officials who were employed—and effectively controlled—by track operators still struggling for acceptance in many communities wary of this new form of auto racing and its young adherents.

We owe this installment of Drag Rags mostly to savvy strip owners who saw the benefit of paying a writer and one or more freelance photographers to reward loyal racers and fans with fresh Drag News coverage in all 52 weeks of 1960, at least in warm-weather regions. More than half a century later, veteran journalist and editor Pete Ward commissioned the original, print version of this chronological series while serving as the final director of now-defunct Drag Racer magazine. With Pete’s continuing blessing, we shall turn the clock back to the 1961 season, next. 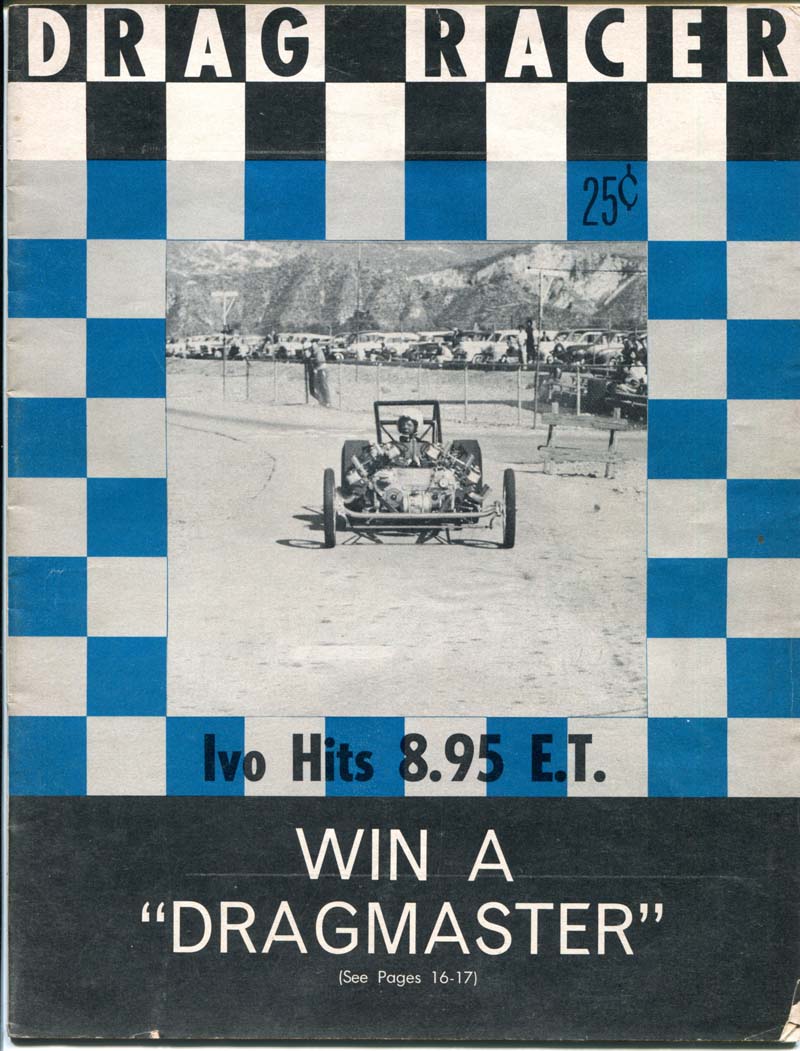 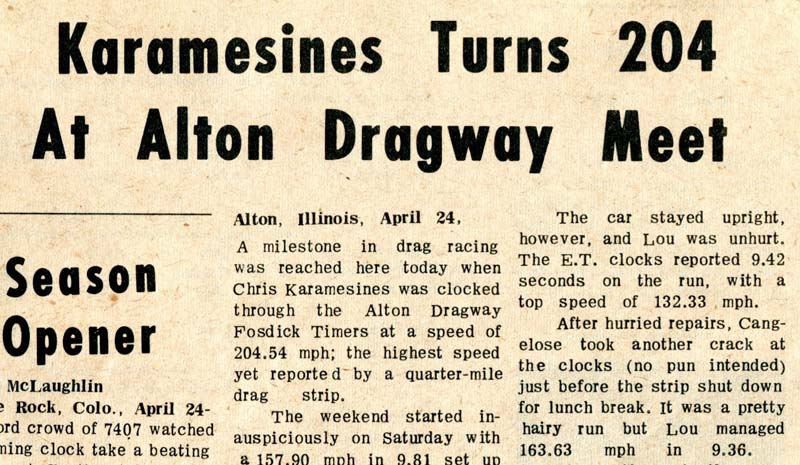 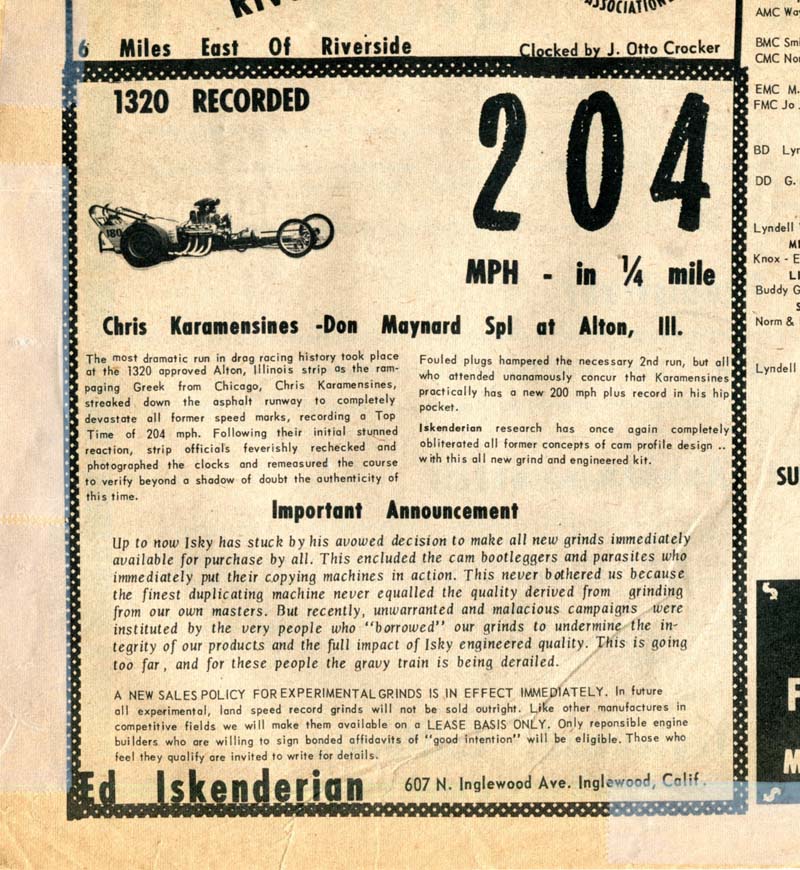 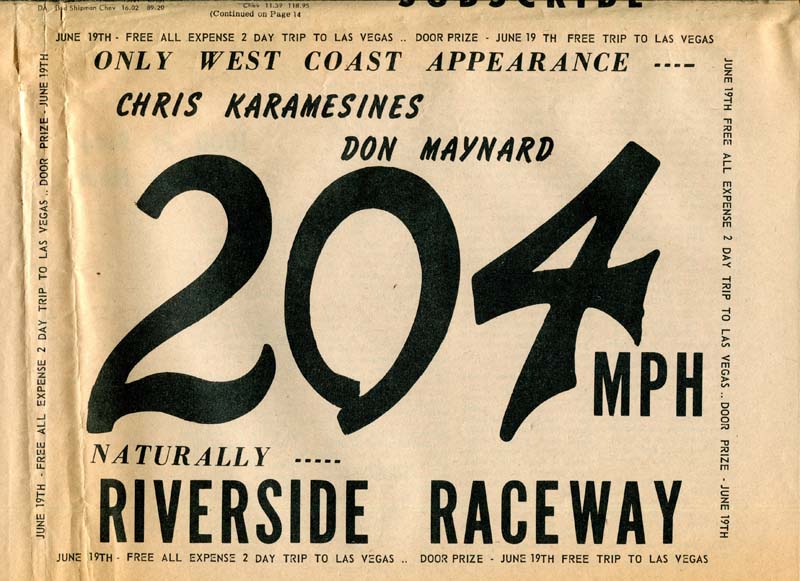 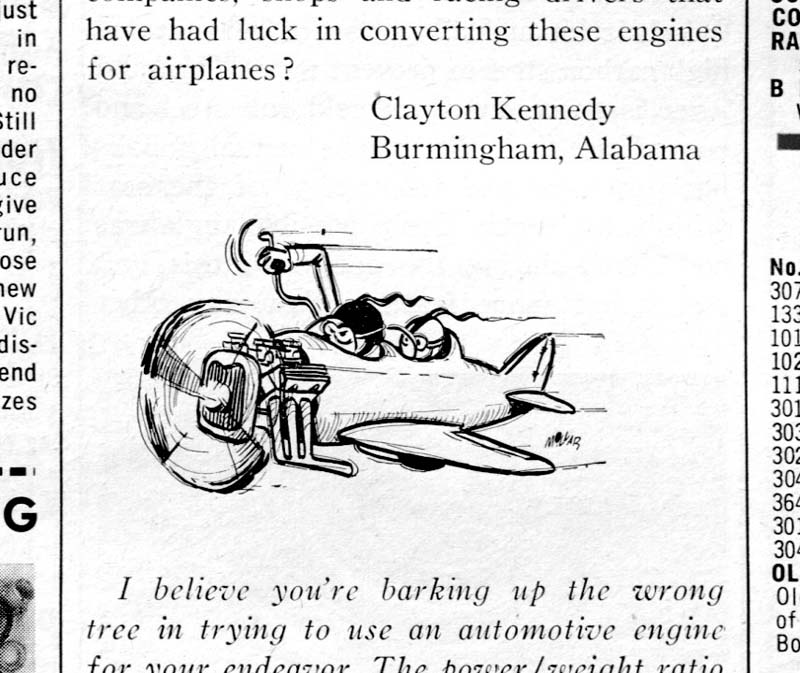 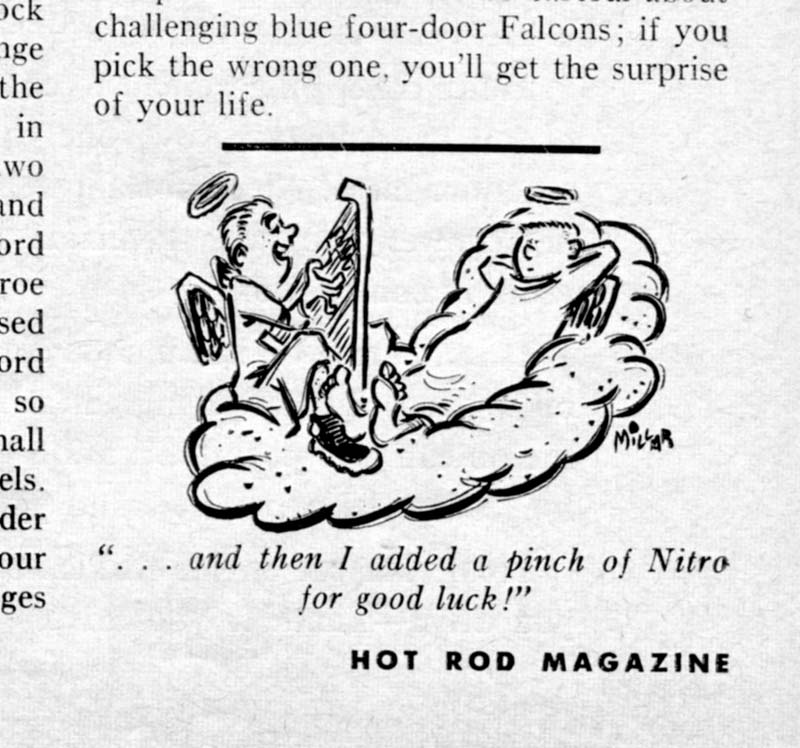