Don Garlits hogged so much of the ink spilled throughout 1959 that, in fairness to everyone else, we’ll devote two of these installments to drag racing’s biggest season yet. Garlits gets his own story because his first trip from Florida to the West Coast—indeed, the first cross-country tour by any drag racer—was the story of the year, if not of the young sport’s history thus far.

Camshaft sponsor Ed Iskenderian negotiated with three Western promoters to create open events in California and Arizona. Win, lose, or fail to stage for first round (Don’s fate at Bakersfield), the stranger was guaranteed today’s equivalent of around $40,000. The late Pat Garlits often remarked that nice homes in Tampa could be bought for less. Her husband often reminded reporters that Wally Parks had been giving away some real nice trophies, a Norge washing machine, tools, and other donated merchandise to Top Eliminators of recent NHRA Nationals, but no dough whatsoever. The young couple still held nearly all of that loot when their worn-out ’53 Buick limped back home, too, because Mr. Isky sponsored new speed equipment and new racer friends offered lodging and meals at each stop.

Their historic season was best documented by Drag News contributors and advertisers, particularly Iskenderian Cams. The accompanying clippings track drag racing’s first touring professional from March's humbling Bakersfield debut through December's triumphant California return at Riverside. Next time, we'll steer the column back into the groove and review what the rest of the sport was doing while the Swamp Rat was hogging these headlines in 1959. 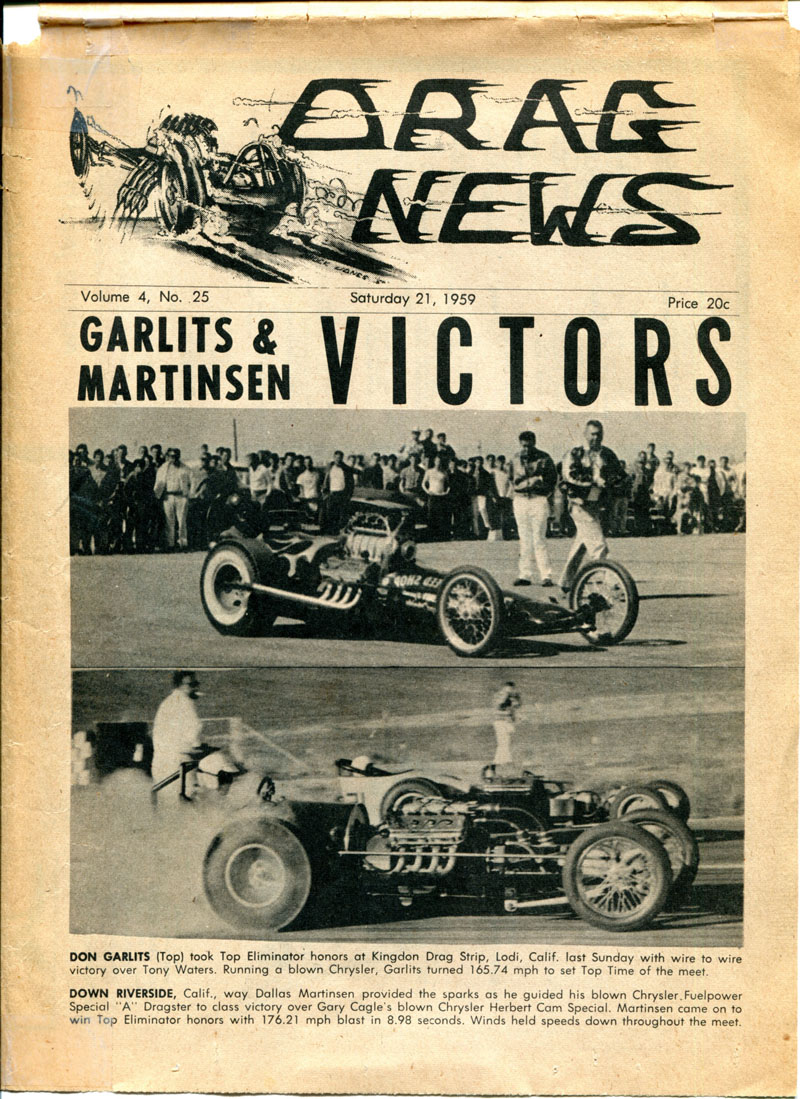 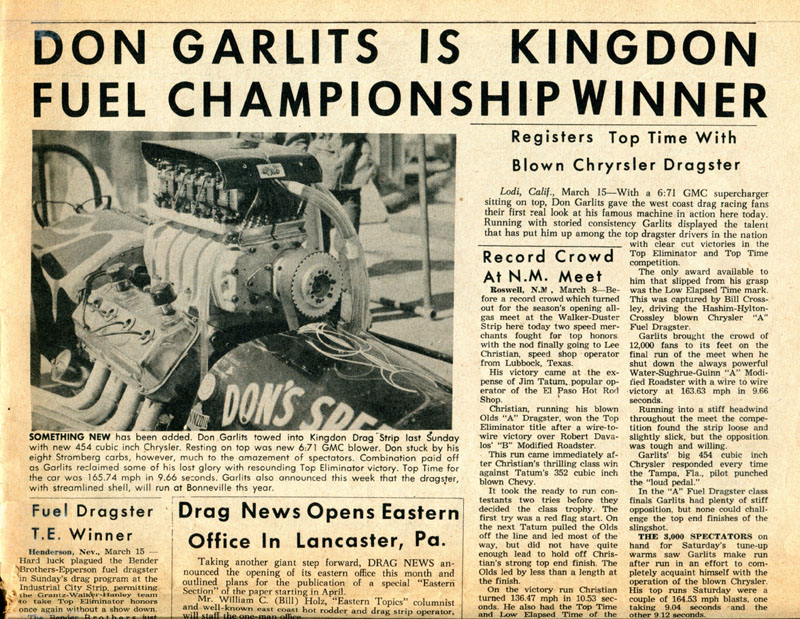 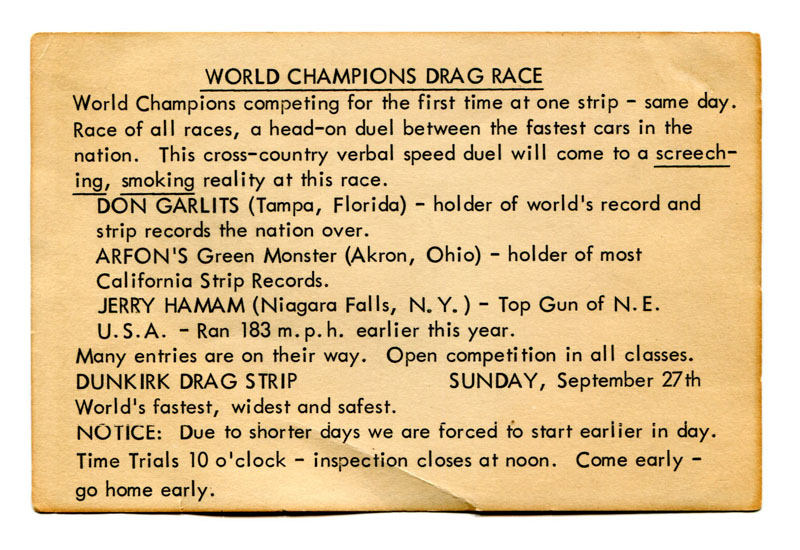 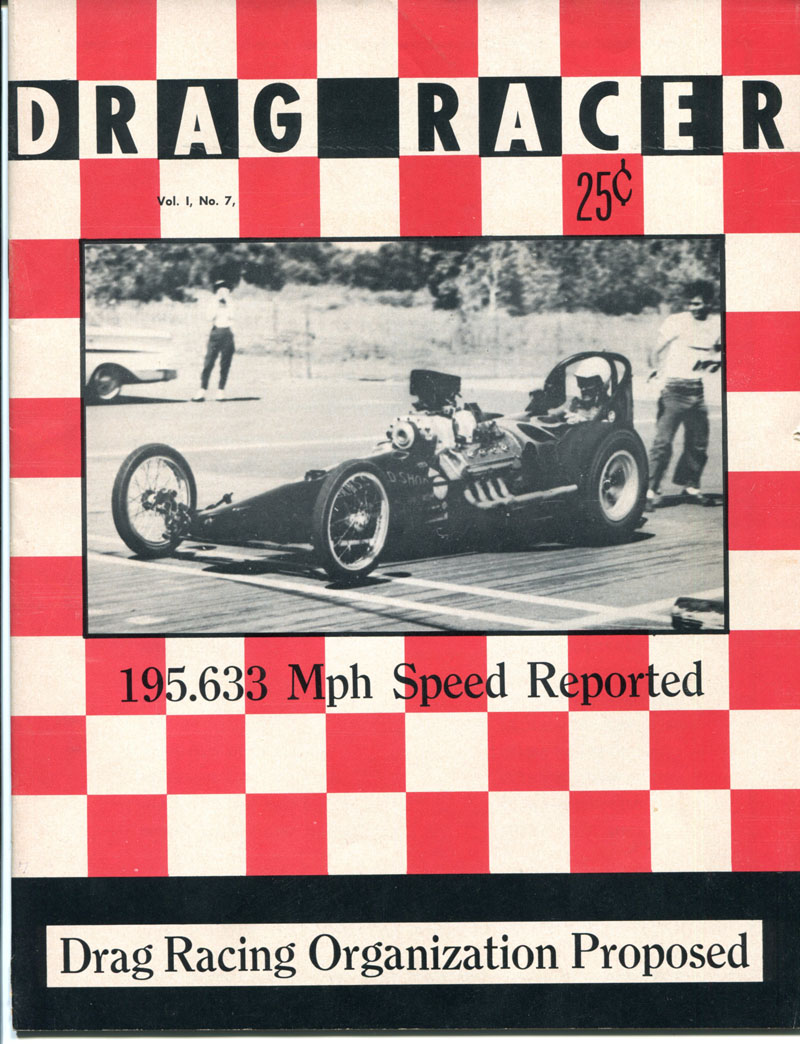