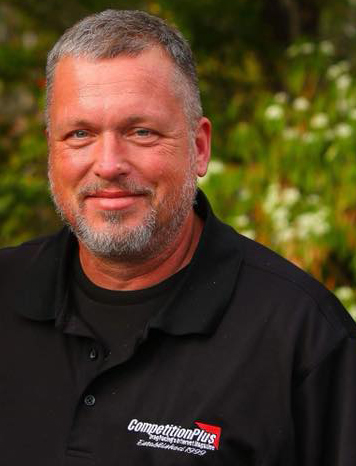 There was a time when Australia was almost like a second home to me.

I learned certain words don't have the same meaning here in the United States as it does there.

For instance, when a female says she took off her thong and whacked a spider, one should not get overly concerned.

Right now, I'm ready for one of those Foster's Beer commercials of How to Speak Australian. Apparently, the word "dysfunction" means the same here as it does there.

Dysfunction seems like an inadequate way to describe what is going on in major league Australian drag racing.

I first traveled to Australia in 2011 to cover the Australian National Drag Racing Association's Winter Nationals at Willowbank Raceway just outside Brisbane. Immediately, I fell in love with the people, both the fans and the racers, and especially the racing.

But even then, there was a power struggle going on behind the scenes, one of which has culminated in a bloody mess a little over a decade later.

In a battle between the promoters and the sanctioning body, the racers got stuck in the middle of the power struggle, and it gradually worsened. The Australian drag racing community, racers, fans, and sponsors deserve better than what the sport's power brokers have delivered time and time again.

And for someone to do a little bit of investigation, they'll notice some of the same players have been involved in the upheaval process time and time again. The definition of insanity, I believe, is doing the same thing repeatedly, or in this case, using the same people and expecting a different result.

I'm not saying everything has been perfect here in the United States; the undisputed standard for professional drag racing in the world, because we did have our wars between Wally Parks [NHRA], Jim Tice [AHRA], and Larry Carrier [IHRA]. At the end of the day, they all agreed all had to do right by the drag racers, fans, and sponsors.

Let's call a spade a spade; ANDRA has not always been the leader it needed to be, and that's a shame. And that's what opened the door for the Thunder 400 program and, inevitably, the IHRA's involvement in some of the most incredible drag racing on the planet.

I have to wonder, did anyone from Australia do their due diligence when it came to bringing in the IHRA into their country as a governing body? If the series was a mere shell of what it used to be in the United States, did they really think the series was going to rise from the ashes like a phoenix and be what it should have been in America?

Look, I loved the IHRA style of racing, and evidently, NHRA secretly did too because a lot of their procedures and programs are in place on the grand stage of drag racing today.

Today's IHRA professional presentation in the United States is non-existent, and in due time I predict it will be the same Down Under. It's sort of like the movie Pet Semetarary where the family's cat died, and they took it up on the hill and buried it. What did they say in the movie? They never come back the same.

So, where are we at today? Thunder 400, which is joined at the hip with the IHRA, has already lost its Top Fuel program. The Top Fuel racers went off and started their own series. ANDRA, well, they have aligned with the Top Fuel teams. It's as if a common enemy heals all wounds in Australia repeatedly.

Sydney Dragway, which has had more turnover with its board than most folks seemingly have had changes of underwear, got itself in this pickle by signing the long-term contract with IHRA.

And, I'm not exactly sure how ANDRA thought it would be able to run a race at a track sanctioned by a rival series.

What I hope doesn't happen is all of the fighting and the ridiculous extension of the sanctioning agreement don't inspire those at Sydney Dragway to close the doors forever. Who could blame them?

From someone looking at the whole issue from the outside, this is nothing more than a significant power struggle based on vindictiveness and anything but the sport's best interests. One look at the Thunder 400/IHRA asinine media accreditation letter spoke volumes of the attitude towards the media and, in turn, the sport as a whole.

ANDRA's insistence on running a race at a 400 Thunder/IHRA sanctioned facility and later canceling speaks volumes about decision-making there.

As it stands now, Australian Drag Racing is on the brink of a civil war that screams the need for a reset loudly. Maybe wiser heads will prevail. I doubt it.

If not, Australian drag racing fans, there's always an up and coming motorsports series in Kenya, Africa, with far less dysfunction.

Regardless Australia, I will still love you.