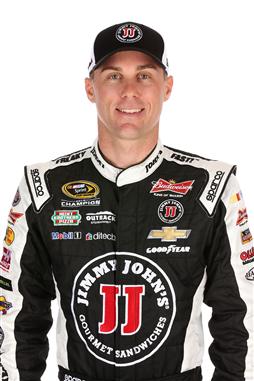 What a difference a week makes. (My guess is this isn't the only time someone led a column with this sentence.)

NASCAR slapped a new set of rules, reducing downforce, on the cars for Saturday night's Quaker State 400 in Kentucky, and it looked like the 1.5-mile track had been coated with that old "bear grease" used at Darlington in the 1970s.

Kyle Busch's Toyota was fastest. What a surprise. He's adept at hanging loose. Before he won, though, he, Joey Logano, Denny Hamlin and Carl Edwards put on an actual duel. 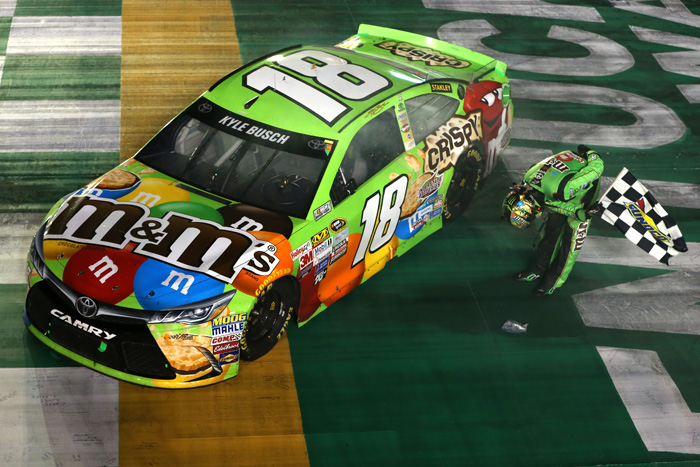 Nearly a month ago, Kyle Busch walked away from Michigan International Speedway with a 43rd place finish. His chances of achieving Chase eligibility looked quite grim.

Busch dominated in Saturday night's Quaker State 400 from Kentucky Speedway, leading 163 laps on his way to capturing the checkered flag. Busch now has two victories in just seven races since returning from injuries sustained at Daytona in Xfinity series competition earlier this season. In addition to Busch's now two wins, he also must remain in the top 30 in the points standings to become Chase eligible at the end of the season. 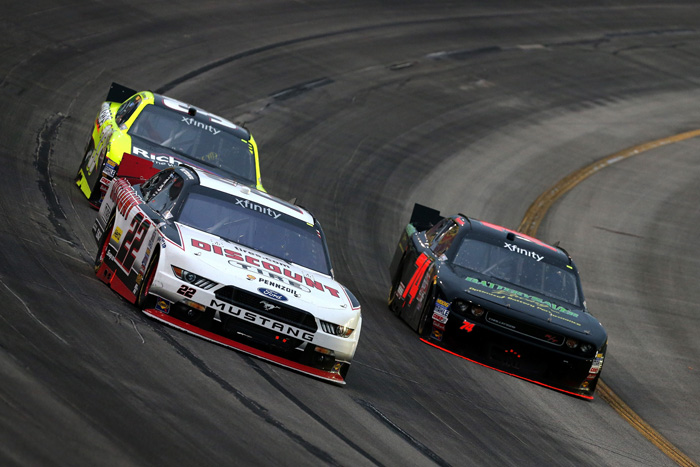 If you had to pick a driver to win a race at Kentucky Speedway, Brad Keselowski would probably be the safest bet.

But late in Friday night's Kentucky 300 in the Xfinity series, Keselowski saw himself trailing 19-year old hotshot Erik Jones. But Keselowski was able to use his veteran precision to make the pass when Jones' momentum was halted by the lapped car of David Starr. Keselowski, once again piloting the No. 22 Discount Tire Ford Mustang, held off a final charge from Jones to take the checkered flag.

Keselowski, who led 72 laps, admitted he overlooked Jones late because of the lead he and Kyle Busch built on the field, Keselowski believed his fellow Michigan native Erik Jones drove a great race but knew the key to getting back around Jones late was to keep the pressure on the young driver. 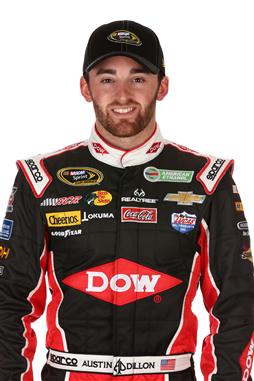 For NASCAR fans, it was a heart-stopping sequence pulled from a nightmare. On the final lap of Monday’s Coke Zero 400 at Daytona International Speedway, the famed No. 3 Richard Childress Racing Chevrolet piloted by Austin Dillon was catapulted over several cars and into the catch fence.

The horrific scene has since been replayed and rehashed countless times on sportscasts, news programs, talk shows and social media sites.

As NASCAR drivers, officials and fans debated what caused the crash and what can be done to prevent similar incidents, an upbeat Dillon met with the media during a teleconference Tuesday.

When the Coke Zero 400 had run its course, at close to 3 on Monday morning, all the weary Sprint Cup teams loaded up the cars, most of them damaged and some destroyed, for the long drive home, knowing they would have to get ready again for testing and then a race in Kentucky next weekend.

Big One? Daytona International Speedway had four of them in its rain-delayed summer classic, and even though 29 cars finished, most of them were ill-equipped to race again any time soon.

The most popular driver, Dale Earnhardt Jr., won, and the most successful, Jimmie Johnson, finished second, and yet the overriding emotion, even for the winner, wasn't joy. It was relief. 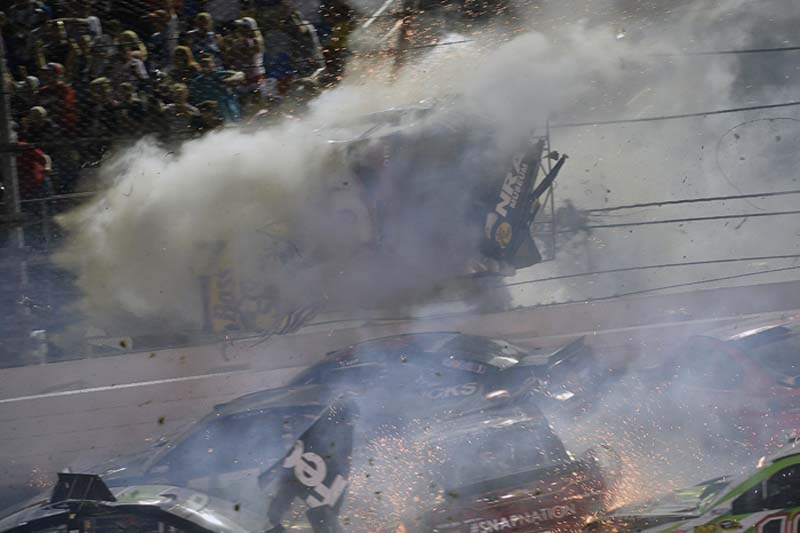 One of the more devastating crashes you will ever see, yet Austin Dillon walks away from the mangled remnants of what could be categorized as one of the worst NASCAR crashes ever. As Dale Earnhardt Jr. wins the Coke Zero 400, Dillon's car flies into the Daytona International Speedway catch fence during the "big one."

The race ended at 2:41 a.m. and concluded with a large crash featuring Austin Dillon's No. 3 Chevrolet going airborne and smashing into the catch-fence near Turn 1 after he crossed the start-finish line. Dillon walked away from the wreck, the fourth major crash of the night. After being released from the infield care center, Dillon said he suffered a bruised tailbone and forearm. 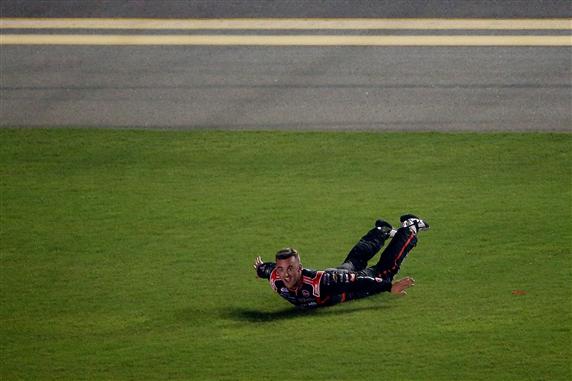 Austin Dillon led just nine laps Saturday night, including the one that mattered most.