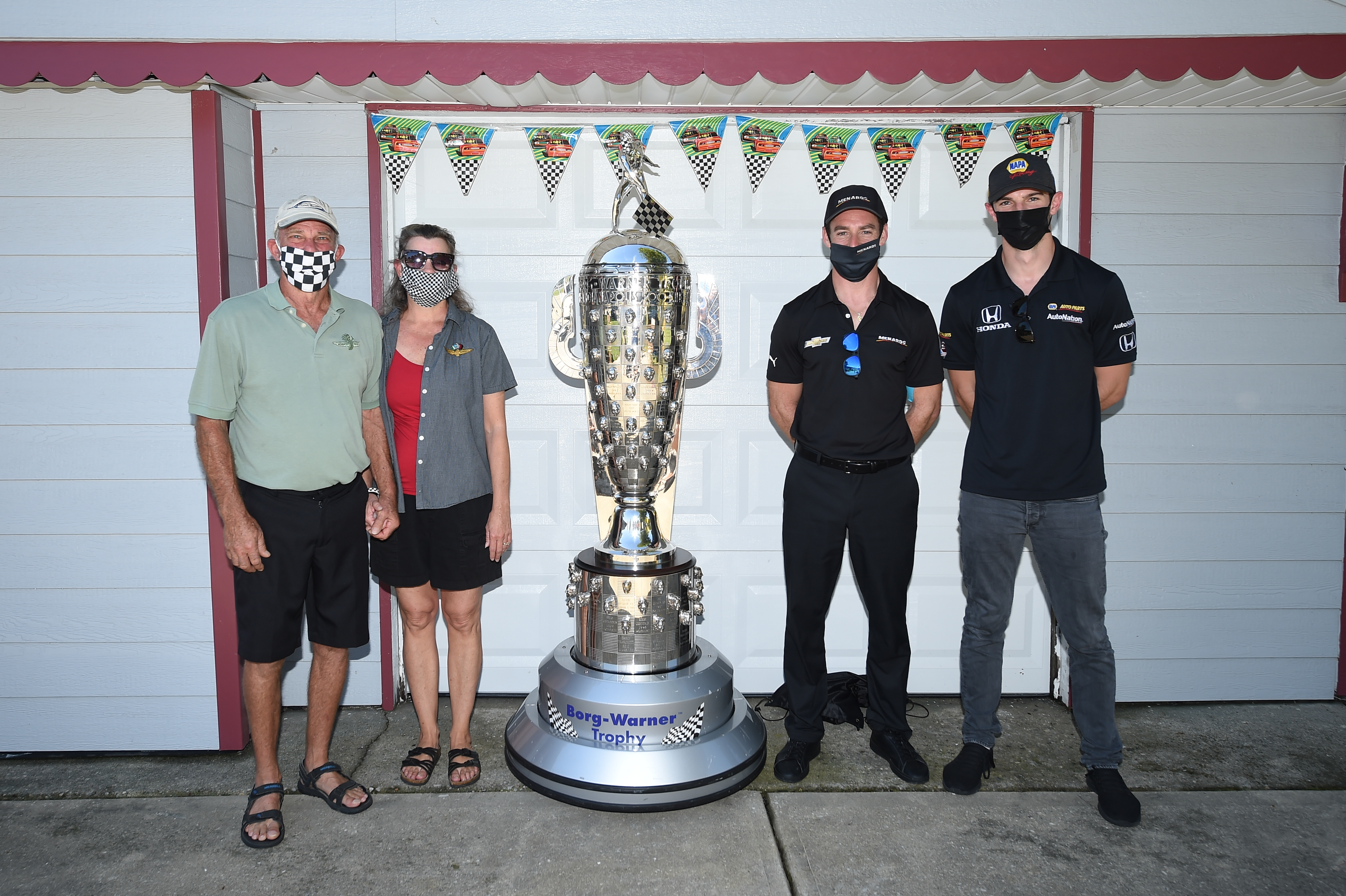 And with the race being closed to the public, several traditions have been canceled this year - including the 500 Festival Parade.

However, on Saturday, all Indy 500 drivers took part in a special parade of their own for local fans.

Riding in Chevrolet Camaro convertibles, the 33 starters of Sunday’s race rode through downtown Speedway and waved at the cheering crowd that had gathered.

Such an incredible scene Speedway, Indiana. We miss you out at the track. Can’t wait for next year #Indy500 pic.twitter.com/6nBtv4zAvt

Even though our fans can’t be with us tomorrow in @Speedway_IN, the #Indy500 drivers made sure to let them know they are still thinking about them.

33 @IndyCar drivers dispersed across the city this morning to surprise some of the best fans in the world. ⬇️ This was awesome. #indy500 #august23 @IMS @FollowAndretti pic.twitter.com/G6JG0FmbT6

Tomorrow will not be the same w/o our fans, so today we surprised ticket holders in Speedway w/ a bag full of #Indy500 goodies. I know it doesn’t fill the void of being in the stands & watching it live, but know we will come back strong in 2021 with a packed house! #ThankYouFans pic.twitter.com/Arhxrdwsxe

Following the parade, the drivers then dispersed to visit a few lucky fans.

For the fans who got a special visit, Saturday will likely be a day that they’ll remember for the rest of their lives.