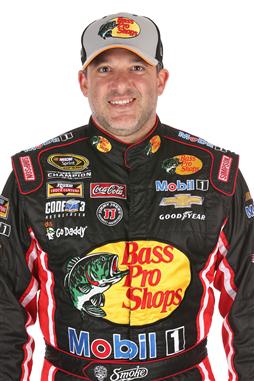 It has been nearly 40 years since Stewart first arrived at the storied "Brickyard" by bus, snuggled under a pile of jackets and lying in an overhead luggage rack. He was about kindergarten age, bonding with dad Nelson on an unforgettable trip to the Indianapolis 500-Mile Race.

"We were in some bus that had a luggage rack in the top of it. You had to get up at o-dark-30 to get on the bus to ride up to Indy for race day. They threw me up in the luggage rack. Somebody gave me a pillow and everybody started throwing their jackets on top of me to keep me warm," Stewart said. "The ride home wasn’t nearly as cool, because after a long day at the track, everybody but my dad and I were kind of rowdy. I was probably five years old. We sat in Turns 3 and 4. We were two rows up, right in the middle of the short chute. The hard thing was you could hardly see anything. The cars were so fast. They were a blur. But to see those cars under caution and smell the methanol fumes and everything, it was still pretty cool."

The Indianapolis Motor Speedway never lost that "cool" feeling. Its powerful impression never faded for  Tony Stewart. As a grade-schooler, it consumed his attention, especially in May. "I didn’t care how much homework I had. It was the last priority when the month of May was going on and whatever coverage was on TV. You were just glued to it. There wasn't any one particular moment. It's just been something that's been a huge, huge part of my life," he said.

Furthermore, the driver of the No. 14 Bass Pro Shops Mobil 1 Chevrolet for Stewart/Haas Racing said, "I don't care how many times you win there, it's never enough."

Despite earning the 2005 and 2007 Brickyard races, Stewart, the 1997 IRL Series champion, was dead-set against NASCAR interloping into that hallowed territory. Whether it was himself or any other stock-car racer, Stewart – whose longtime goal, like that of transplanted Hoosier Jeff Gordon, was to win the Indianapolis 500 – had no use for anything but "champ cars" (as old-timers generically refer to open-wheel's elite machines).

"Honestly, I was one of them that absolutely thought it was a crime initially. I'm a purist. I'm old school. It's always been sacred ground to me," Stewart said. "I remember when they did the tire test there. There was so much excitement after that, and that really didn't even get me to switch sides.

He said his change of heart had nothing to do with winning at Indianapolis, with kissing the yard of bricks at the start-finish line and climbing the fence in victory. 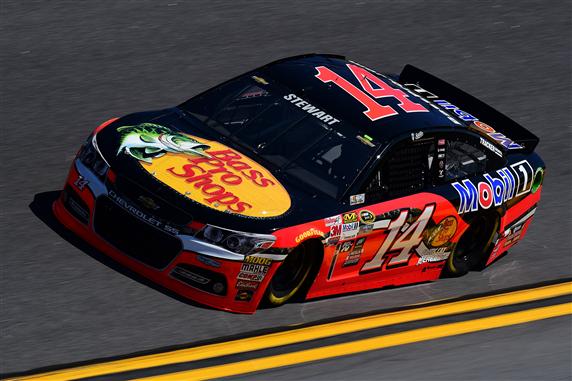 "My mind changed after I saw the first one. I was racing the same day, but when I got back that day and watched the replay, it changed my mind then. There were other people that I knew that were dead against it that went just to see what it was going to be like, and they came back and felt the same way. When you're used to seeing one thing around there— it would be like taking IndyCars to Daytona. It's like the first time they'd go down there it just wouldn't seem right, wouldn't feel right, wouldn't look right. But if it was a good event down there, they'd get used to it," Stewart said.

"It's just one of those things that when you're growing up around open-wheel cars and around stock cars a lot, the thought of it wasn't the best at first," he said. What convinced him was "really just seeing the way everybody around Indianapolis felt about it. The racers are the ones that really didn't like it. They were more of the purists. But I think everybody changed their mind and their opinion after they saw that first one."

Winning at the Indianapolis Motor Speedway is no small feat. It notoriously is a place that sometimes is hard to solve, a venue some racers might swear deliberately makes it tough on a driver to succeed (ask Stewart or the Andretti family when it comes to the 500).

Said Stewart, "It's nice to have won two races already there.  That gives you confidence of knowing what you have to do to win.  It's just a matter of doing it."

And that's the aggravation of where Stewart finds himself for this 2015 homecoming.

He has no victories so far this season – none since June 2, 2013, at Dover, Del. Despite $4.8 million in NASCAR earnings last season, he also was winless in 2014. He knows how to win – he won three NASCAR championships, as well as four USAC championships, two Chili Bowl Nationals trophies, and several national karting titles as a youngster.

"Honestly, we're just kind of trying to get our program back on track. I don't think it's any secret to anybody that we're struggling. It's been a disappointing year up to this point," Stewart said. "It seems like no matter what the package is, we seem to fight the same balance. We're desperately trying to figure out what it's going to take to move the needle. The whole year's been frustrating. It just seems like everywhere we go, we seem to fight the same balance. That's the part that's been frustrating for the whole 14 car. We're trying a ton of things and just can't seem to find anything that moves the needle and seems to make significant change.  [It] just seems like the further we go into the year, the more frustrating that gets, too. I mean, I feel like every weekend, it's the weekend we're going to find it.  It's disheartening, takes the wind out of your sails when you realize you haven't found it that week.

He said, "We'll still work as hard as we can to get the best result we can get out of it. I still really like working with [crew chief] Chad Johnston. I don't feel like he's what's holding us back. There's something about the way this package is that just doesn't suit my driving style. So I'm holding him and the team back versus vice versa.  So it's just a matter of me trying to figure it out, figure out how to go forward and get our cars better."

That affection for dirt tracks found him this January sitting atop a tractor, helping prep the track at Tulsa. There he told USA Today's Jeff Gluck something that has sustained him during this Sprint Cup Series exasperation: "I'm going back to being me again."

Already this week Stewart is home again, where his visits are scarcer than he would like them to be. ("I always love to have more time at home," he said. "I've been home a total of eight days this year in Columbus, and that's not enough.")

Perhaps with his homecoming, this return to his comfort zone, will come a victory.

"If you do get a day [and get] turned around, I'm not talking about a pit strategy or something like that that gives you a win – that's definitely not what I'm talking about . . . It's not strictly about a win.  If we get our car working and win a race because we have our car working well, it definitely can turn the season around," Stewart said. "With this format, it can change everything."

But one thing never will change, and that's the emotional tug the Indianapolis Motor Speedway has on Stewart. Nothing could be more authentic.