Check out this exciting episode of Nitro Rewind, covering NHRA Top Fuel and Funny Car drivers and teams. This episode will feature a quick recap of the NHRA 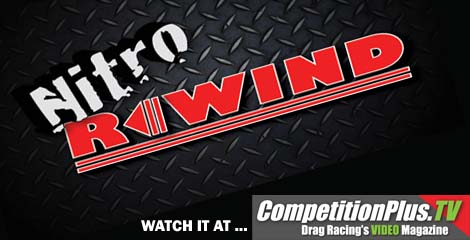 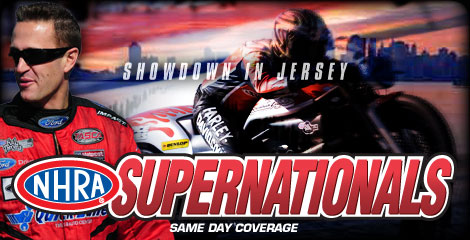 CompetitionPlus.tv presents its new Monday morning race recap bringing you the winners of the NHRA SuperNationals in Englishtown, NJ. 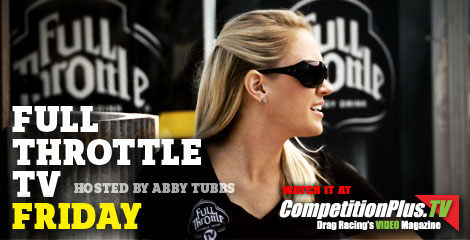 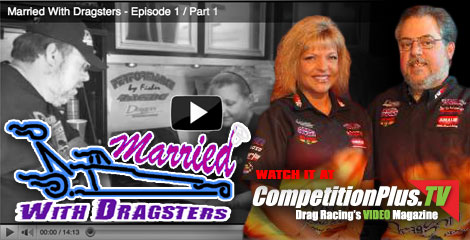 “Married With Dragsters”  takes you to not only each of the Kevin and Kathy Fisher’s events, but what it takes to get there.  The series will highlight the stick-to-itiveness needed when you have a husband and wife competing together at the sportsman level of drag racing.  From the duties at their home office and shop to the sometimes very long hours on the road, and of course the racing itself, viewers will see there is a lot more to it all than what first meets the eye.

We hope you enjoy the latest episode of Married with Dragsters at CompetitionPlus.tv.

The Pro Modified veteran from Carteret, New Jersey, discusses his crash during the NHRA Summit Southern Nationals and even gives the Safety Safari credit for their professional response. Musi lays out his timetable for returning to competition. [Video by Jimmy Biggs, Positive Promotions].

This week’s episode of Nitro Rewind will preview the 42nd annual SuperNationals on the NHRA YouTube channel. The show, an internet based broadcast, is hosted by Bill Stephens and features interviews from Top Fuel and Funny Car NHRA competitors as they look ahead to Englishtown and review Topeka’s national event.

“I can’t believe it has taken four shows but my dad, John Force, makes his Nitro Rewind debut in this episode. He is so excited about going to Englishtown which is the race closest to Castrol our long-time sponsor,” said Ashley Force Hood, John Force Entertainment president. “We also caught up again with Cruz (Pedregon) and Terry (McMillen) again which is always interesting.”

Nitro Rewind brought some winner’s luck to Top Fuel driver Spencer Massey as he makes a double appearance talking about Englishtown and then as the Topeka race winner. Robert Hight also talks about the special meaning of getting JFR’s 200th Funny Car win. Cruz Pedregon and Terry McMillen talk about the importance of the SuperNationals both for exposure on the East Coast and getting ready for the Countdown. Finally Tony Schumacher talks with the Nitro Rewind team about making the NHRA produced DVD “Decade of Dominance” and what that experience was like.

VIDEO FEATURE: A WEEKEND WITH CAPPS AND THE BOYS IN BAKERSFIELD

The sounds, action and smells from the Bakersfield March Meet are long gone but the memories are still fresh in our minds. Our CP.tv camera crew tagged along with Ron Capps and the Del Worsham Blue Max crew for their throwback weekend. A special cameo appearance by Gary Scelzi only adds flavor and maybe a hint of things to come?