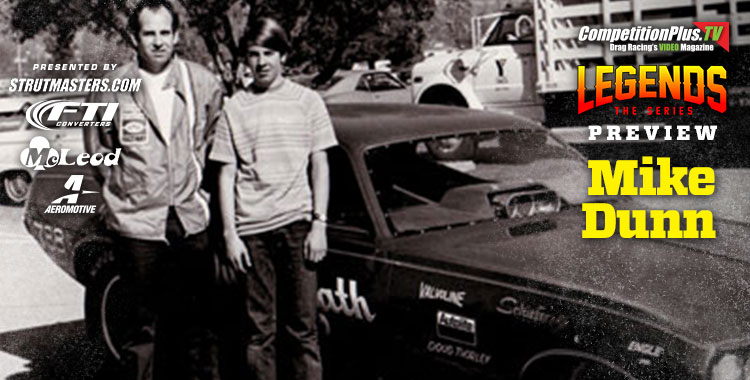 Are you ready for Season 6 of the highly acclaimed internet documentary series focusing on the legends of the drag strip?

Mike Dunn was absolutely correct in his assessment that many expected him to automatically graduate into the fuel racing ranks just because of his status as Jim Dunn's son. He did make his way into the fuel ranks but did so because he worked his way up from crewman to driver. The road was filled with bumps and bruises, but one which led to a career where he admittedly never spent a dime of his own money to participate.