LEGENDS: THE SERIES - THE LEGEND OF BLAINE JOHNSON 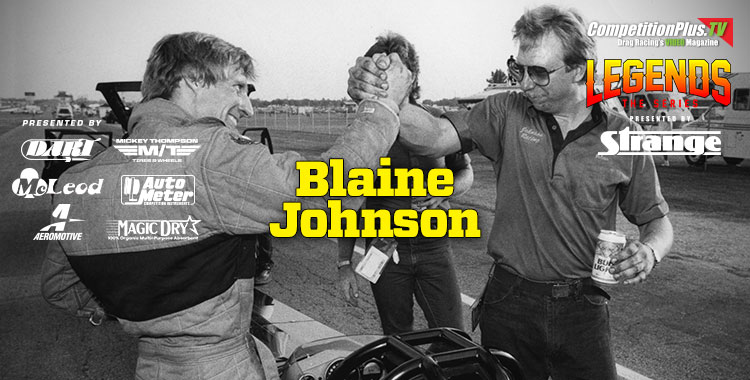 However, the 1996 loss of Blaine Johnson is as tough of a gut punch as drag racing has ever experienced.

Poised to add a Winston Top Fuel championship to the four titles he already had won in Top Alcohol Dragster, Johnson was on top of the straight-line world and atop the point standings when he crashed at the end of a record-setting qualifying run at the U.S. Nationals.

Almost a quarter of a century later, the Johnson brothers still communicate. Moreover, Blaine’s spiritual presence is as much motivation in the 21st century as was his physical presence in those idyllic early days when everything seemed possible for a couple of aspiring dairy farmers from Santa Maria, Calif.

In this episode of Legends, The Series, Season Five, Alan talks about the 1984 sale of the family farm, about the influence of the Austins and Worshams in convincing the brothers to make the move from alcohol to nitro, about his brother’s unrealized potential and about a legacy that lives on at Alan Johnson Enterprises.

“The greatest memories are just the fun we had with each other,” Johnson said. “Racing and winning together. It was a blast. Setting goals for ourselves and then achieving those things.”

So, grab a chair, relax and get ready to share the heartfelt recollections of a loving brother.