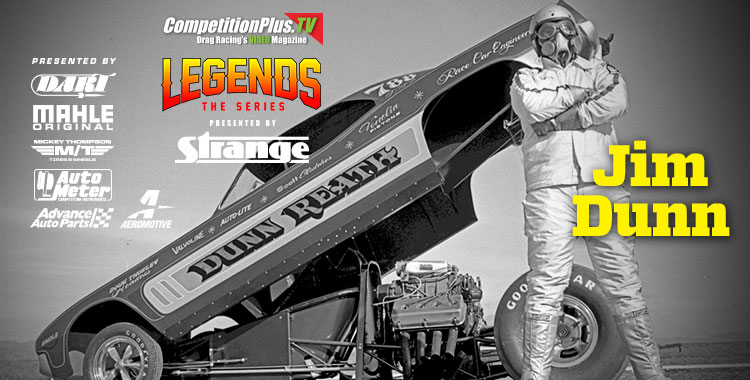 Jim Dunn grew up in Montana, the son of a cowboy and bronc buster. It became clear to his dad, though, that one horsepower wasn’t likely to hold his son’s interest for very long so, after identifying an underlying passion for cars, he bought him a 1939 Ford and, on his 14th birthday, threw in a cam and carburetors with the stipulation that he install them himself. The rest, as they say, is history.

In this episode of Legends: The Series, Season Four, “Big Jim” reflects on 64 years in fuel racing, on winning the 1969 March Meet in a field of 134 fuel dragsters, on his starring turn in the movie Funny Car Summer, on “talking” to his motors, on driving the only rear-engine Funny Car to win an NHRA national event and on why he still is one of the toughest crew chiefs for whom to drive.

Addressing the latter topic, he says “I’m pretty close to a perfectionist when it comes to the car. When (my wife Diane) went to the first race with me she said, ‘you turn into an asshole when you go through the gate. I’ve still got the pin for my hat that says ‘asshole’ that she bought me.”

Often self-deprecating, the former LA fireman marvels at the fact that he once scrapped a ’32 three-window coupe, “chopped and full-fendered without a dent in it” for a Volkswagen he couldn’t even identify but into which he bolted a flathead Lincoln simply in the hope of going faster. He then sighs: “I wish I had the ’32 back.”

So sit back and enjoy tales of Frankie and Kenji, bulls and broncs, packing heat at the Watts riots and how “I don’t take BS from anybody.” 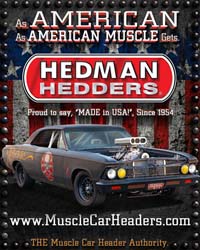