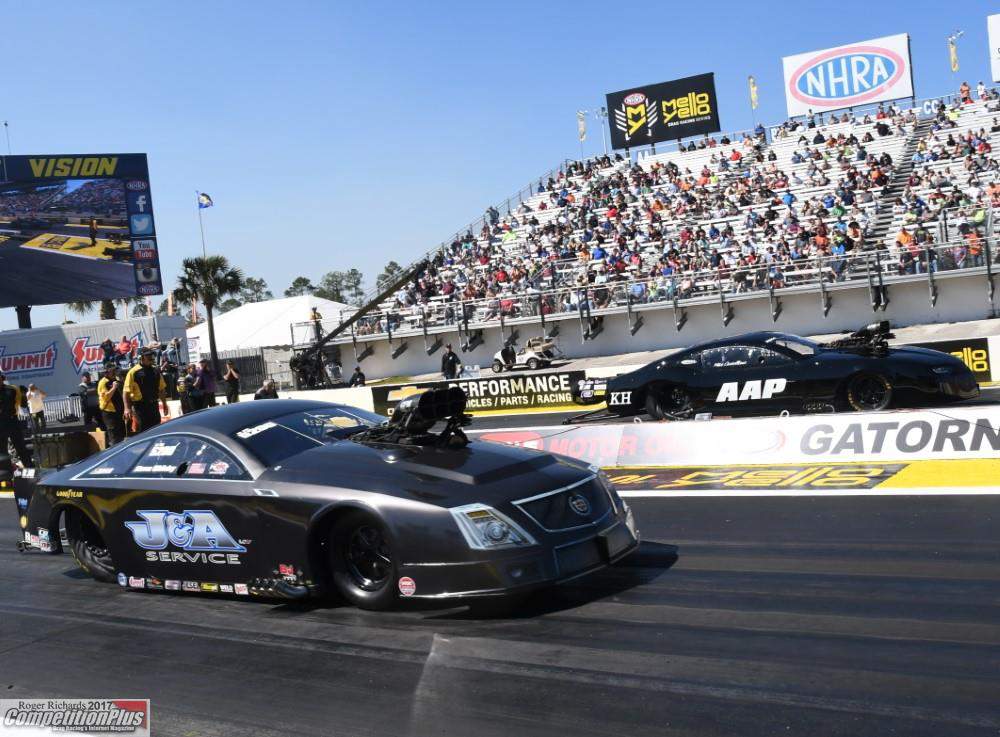 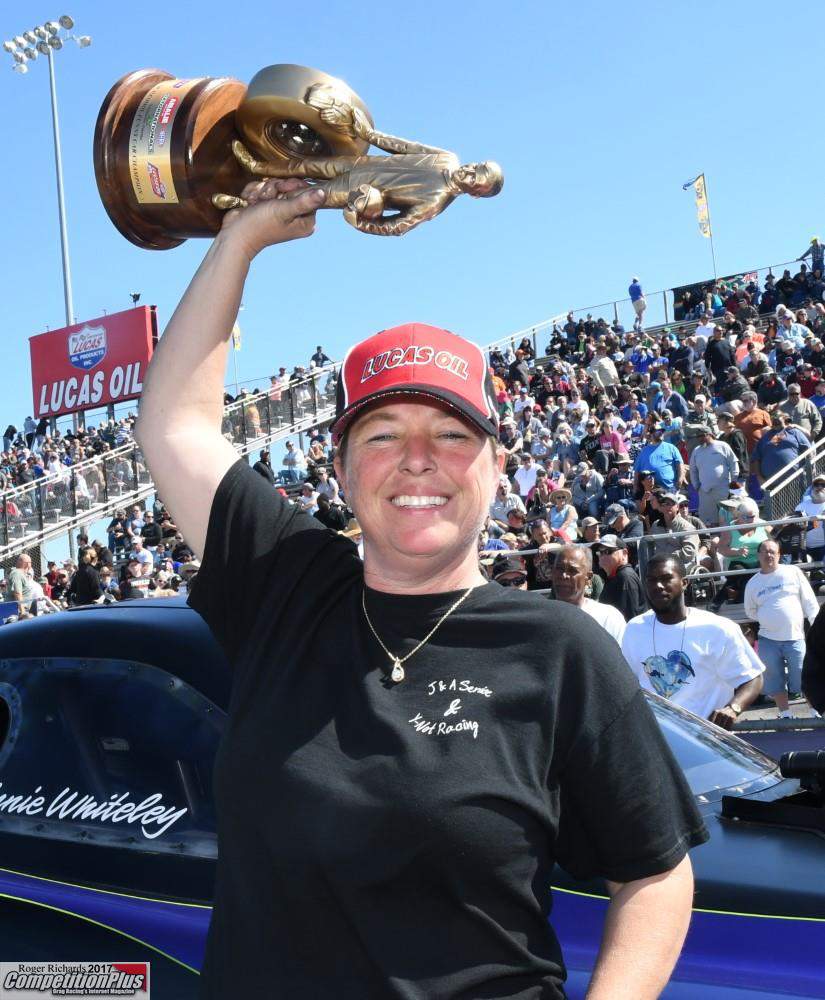 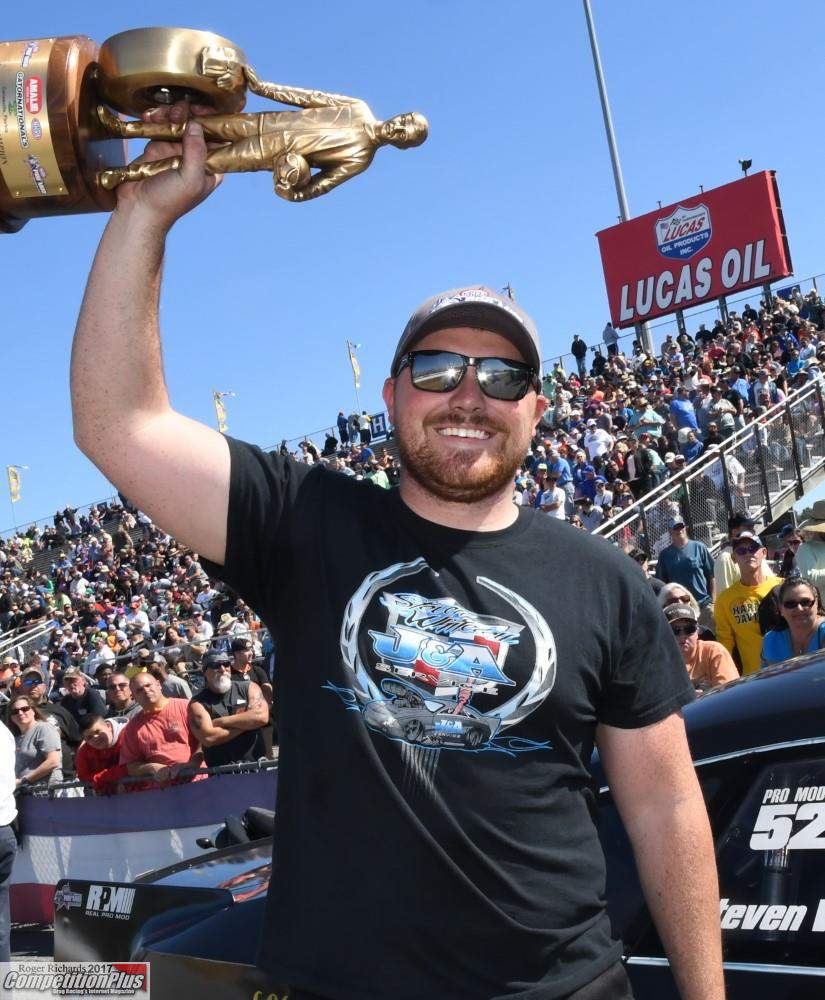 At the Gatornationals in Gainesville, Fla., Annie and Steven Whiteley became the first mother and son in NHRA history to double up at a national event, Annie scoring for the fourth time in her Top Alcohol Funny Car career and Steven for the first time ever in Pro Mod.

Team leader Jim Whiteley termed the landmark double-up for his wife and son nothing less than the highlight of his illustrious career. "This means more than any race I ever won," said Jim, who won 24 national events, 24 divisionals races, and two NHRA championships in Top Alcohol Dragster. "If none of us ever wins again, this weekend makes my whole drag racing career worthwhile."

Both started from the No. 5 spot – Annie with a 5.45 and Steven with a 5.80 that topped the early qualifying charts – and both made the fastest runs of their lives in the final. Annie hit 273.22 mph on a single when two-time Gatornationals winner Dan Pomponio was unable to appear. Steven hit 253.52 mph in a career-best 5.791 seconds to train-length runner-up Mike Castellana, whose Frank Manzo-tuned entry blew the tires off in low gear in the Pro Mod finale.

"It's just an unbelievable feeling," said Steven, who ran the Pro Mod final in the very next pair after his mom scored in TAFC. "When she won, it really sent the pressure on me through the roof. I thought, 'Now, I have to win this thing.' "

Annie faced a different kind of pressure. "It's weird being on a single in the final," she said. "You think of the ignition quitting or some dumb little thing breaking. What happens then? Does nobody win? I didn't really know. I made sure the Tree was definitely on, left, and it was just a perfect run." Her 5.41 was the second-quickest run of her career, behind only the low e.t. 5.40 she ran in the semifinals against No. 1 qualifier and defending Gainesville champ John Lombardo, and her speed topped the 273.05 she ran in the semi's.