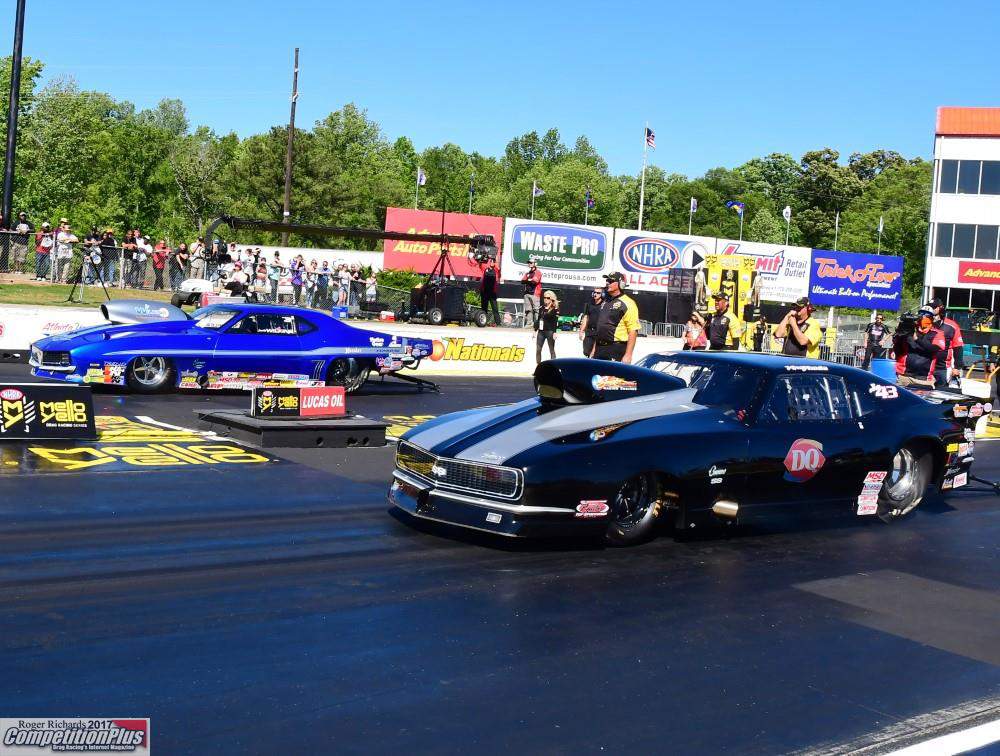 Racing since the age of 14, first in the World Karting Association, then sports car racing, and finally as a decorated drag racer, Wilkins proved early on that he was not just a masterful wheelman, but an adept engine builder as well. Throughout college, Wilkins worked as crew chief for his father’s sports car program, as well as acting as a crew member for Kenneth Tripp’s Pro Modified team.

Before long, he was building engines alongside NASCAR’s Charlie Long before opening his own engine building facility in Raleigh, N.C. in 2006.

But in 2010, Wilkins finally stepped into the big leagues.

Having dreamt of working at the highest levels of motorsports, Wilkins received a dream opportunity to work for one of the premier organizations in the world of high-performance racing at Roush Yates Performance Engines Group a little over seven years ago and has earned quite a reputation for his aberrant designs.

“Upper management nicknamed me the ‘unicorn wrangler’ due to the uniqueness of most of my engine builds,” Wilkins said. “If it’s a special project pushrod engine, the build normally falls under my supervision.

“It’s such a tremendous feeling of pride to have the opportunity to work on engine projects backed by Roush Yates Engines and Ford Performance. For me, working at Roush Yates Engines is definitely a dream come true. The best of the best work here, I’m just lucky to be a part of it.”

Some of the more unique projects Wilkins has had an opportunity to be a part of includes acting as an integral member of the engine building team for the Ford GT Prototypes contested in the world of sports car and endurance racing. Making its return in 2016, the Ford GT captured the famed 24 Hours of Le Mans last year in the LM GTE Pro category, just a little over a year after the car first turned a wheel, and continues into 2017 with wins in both the United States and Europe already this year.

“It is indescribable, really, how much pride we take at what we do here,” Wilkins said. “To see it go out and be successful in its first year, it is really, really impressive. What makes it really neat is that the Ford guys are really behind that program. Whatever we need from them, we get help. They are so vested in this particular program, maybe even more so than the NASCAR program because it is on a worldwide stage, so it is really neat to be a part of that.

“I grew up road racing with my dad when I was 14, that is how I got started. To actually be involved at the highest level today is like a dream come true. When I was 14 I wanted to drive these cars and right now I get to work on them which is equally as rewarding.”

But it’s not just international supercar builds that make their way across Wilkins’ desk. Sometimes, he gets some truly unique requests.

“I have worked on some challenging and very unique engines. This year I put together Ken Block’s twin- turbo Hoonicorn Mustang engine and the motor for Monster Energy driver Vaughn Gitten Jr.’s Formula Drift program. If Ken Block calls and says he wants a new engine for a project, they work out the deal and I build it. All of the unique projects that involve a pushrod-style engine fall into my lap,” Wilkins said. “Block’s car, that was definitely one of the most unique for sure because it is a twin-turbo, 410 cubic inch small block that makes about 1,500 horsepower, but is also durable. It has to last a couple of days, so it is a drag racing-type build that has to be extremely durable.

“That’s very challenging to say the least. And then for the Monster Energy guys, I built a 950 horsepower, normally aspirated, fuel injected RY45. The RY45 is a four-and-a-half inch bore spacing aluminum small block, a really unique engine, and it was really nice to be involved in that because I built the very first RY45. I am also in the process of doing an RY45 for a dragster that we will hopefully campaign later in the year.”

Of course, Wilkins doesn’t just help power others to success. A veteran racer in his own rights, Wilkins is off to one of the best starts of his illustrious career with four final rounds in four races already in 2017, while his engines have powered NHRA Division 2 drivers to nearly half a dozen wins this season.

“It’s been unbelievable. We have had some luck fall our way and we have also positioned ourselves well, making for a really nice start to the year,” Wilkins said. “Last season we went to 13 races and visited four final rounds, so if you take this year and last, in the past 17 races we have been to eight finals, which is just about 50 percent. If you would have told me we would be in 50 percent of our finals in a year and a half, I would have told you you were nuts.

“It hasn’t been easy. We actually had a small engine problem after we won the first race at Orlando which forced us to miss the next two races at Gainesville. That put us behind on the number of claims, but we are trying to make that up and contend for this championship.”

In the meantime, Wilkins will continue to balance a life that is nearly 100 percent dedicated to the craft of racing. Whether building engines for internationally renowned sports car teams, or tuning his own car to victory, the ‘unicorn wrangler’ continues to show why he is one of the best in the business today.