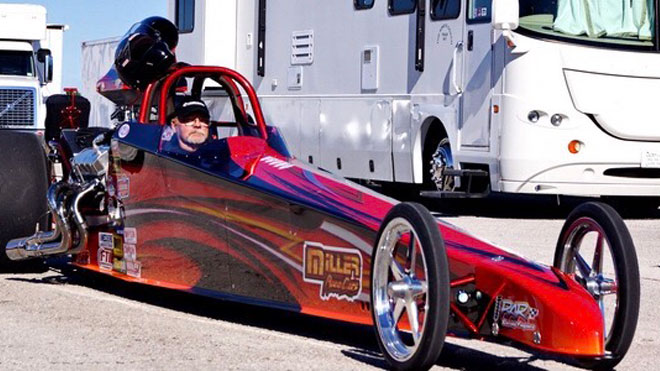 For a long time, David Schmidt wasn't flying down the track. Instead, he had his head in the clouds.
The defending International Hot Rod Association Quick Rod champion didn't race for nearly two decades. Instead, the Flintstone, Ga., driver took up a new hobby of hang gliding.

Perhaps, it was fate that intervened.

Schmidt's first car was a 1964 F-Stock Auto Mustang and when he came back into the sport his car was a 1991 Fox-bodied Mustang which he bracket-raced. After that, he's been going strong ever since.

It has been a reliable piece, now in its fourth year of screaming down the track.

As for Schmidt, he's always watching and studying his opponents, especially since many of them are his good friends.

"I'm a very competitive, always want to win. You learn how everybody races and you want to beat them," he said. "But, it is a lot of camaraderie out here where everyone pitches in and helps everybody."

In fact, Schmidt compares drag racing to another sport, played at a much slower pace, but one which folks often participate with a group of friends.

"It can be a lot like golf where you get discouraged when you have a bad round," he said. "But when you have a good round, it's like winning a race. You want to keep coming back."