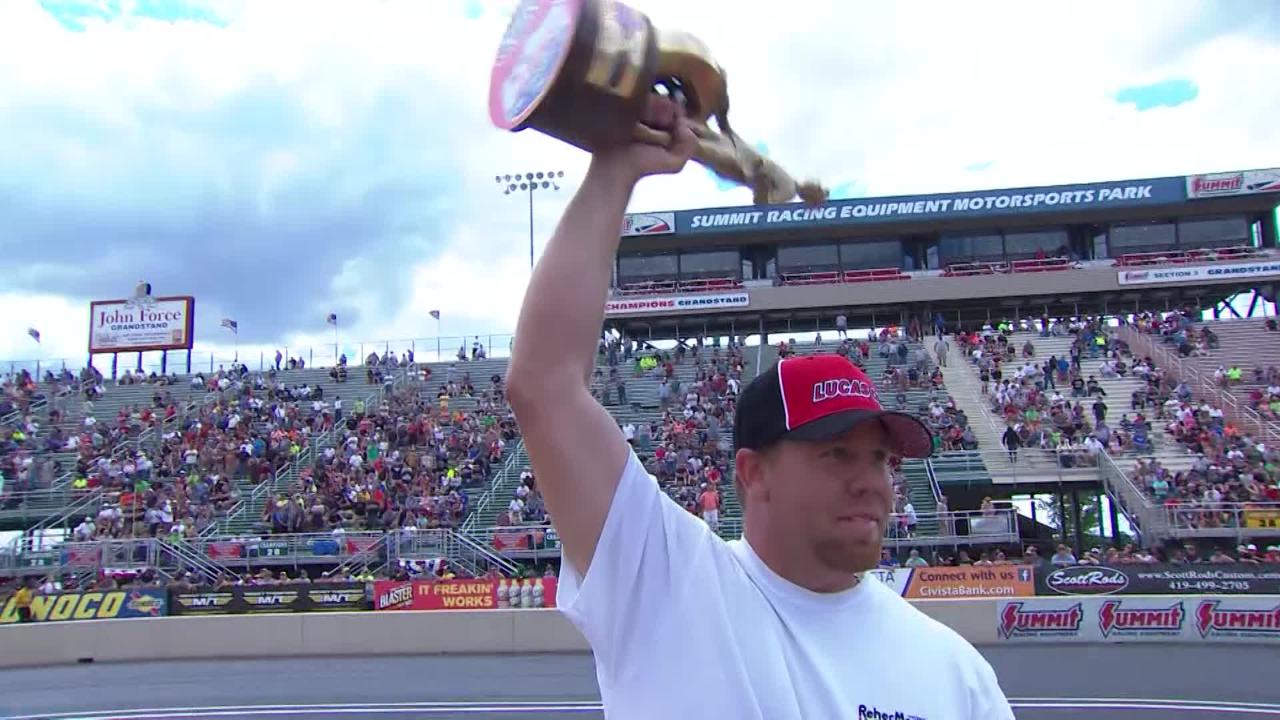 CPS: Congratulations on your championship. How does it feel to be a two-time champion.

JEFFREY BARKER: It feels good. Any time you can win it once, much less twice, it's always a good thing. It was a lot of hard work.

CPS: Did you anything different this season that might have helped you win the championship?

JB: No, not really. Last year I just didn't really have a good season. I raced good, but I was just getting beat in tough races. Everything was pretty much the same this year, same stuff. Everything just went my way this year. I made a lot of good runs and had a lot of competitors make good runs against me, but the outcome ended up with my win light on.

I haven't changed a whole lot of stuff in my program over the past three or four years. Everything has kind of been the same. My wife didn't race Top Dragster this year, so I guess running only one car at an event was a little less stressful than what we were normally doing.

CPS: At what point in the season did you begin thinking you had a good shot at winning the championship?

JB: Probably after I won Norwalk is when I felt that I really needed to try to pursue the title the rest of the year, but after I won the double event in Topeka, that's when felt like the odds were in my favor. I didn't really enter the season looking to chase points. I won the first two races I went to, and even after that I wasn't planning to chase points. 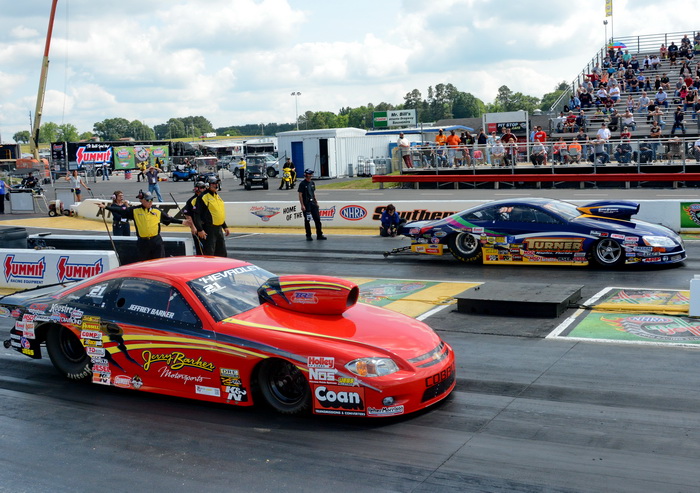 CPS: Was there a specific run or race that kind of captures how things went your way this season?

JB: Maybe the final in Norwalk, where I ran Ricky Adkins. I knew he had been struggling with his car all weekend and that he kind of had a new setup or something going on, but in the previous rounds he had several lucky breaks and things were going his way throughout the race.

In the final I just told myself, "Don't do anything dumb. Make a good run. Hit the Tree." I wasn’t stressing trying to be double-0 on the Tree. I missed the Tree a touch. I was .019 and was set up like .012 or .013. I missed it a little bit but ran dead on with a nine. I still made a good run, but he was .013, so he had me on the Tree a little bit, but he broke out by a thousandth. He was one-thousandth away from beating me in that final round, but the race went my way.

CPS: You made your Pro Mod debut in St. Louis this year. Are you switching classes? Running both classes?

JB: I'm not really sure yet. We're going to test the car next week and probably will run the Snowbirds in December. We need to get more runs on the car; I haven't run it at all since St. Louis. We're just going to see how it plays out during the off-season. Depending what happens with the Pro Mod deal will determine how much I race in Top Sportsman. I'll run it some, but I don’t know that I will run all Top Sportsman events.

CPS: Is there a possibility that you could run both cars full-time?

JB: Well, it's not impossible, but with Lindsay running her Top Dragster, for me to have to man three cars would be really tough. It's not out of the question, but it just depends on the scenario. Maybe somewhere like Atlanta, where we're not too far from home and can have a couple of extra helping hands, is a possibility.

CPS: If you continue in Top Sportsman, would it be with the same car?

A: Yes. I have a new engine for it; a bigger fuel-injected nitrous engine. It's already in the car. I have to do a lot of stuff to get t ready. I have to build headers, rewire it, and do all the fuel-injected stuff.

CPS: Anyone you want to thank for this season's success?

JB: Everybody who has help me; they know who they are. Of course my wife Lindsay, my dad, Lindsay's parents Rowland and Kim Woods, Steve Jackson, and my sponsors: Hoosier Tire, Coan Engineering, Moser Engineering, VP Race Fuels, Biondo, Sparco, Holley, Kinetic Engineering, and Menscer Motorsports.