NATAAS FULFILLING CHILDHOOD DREAM ONE RACE AT A TIME 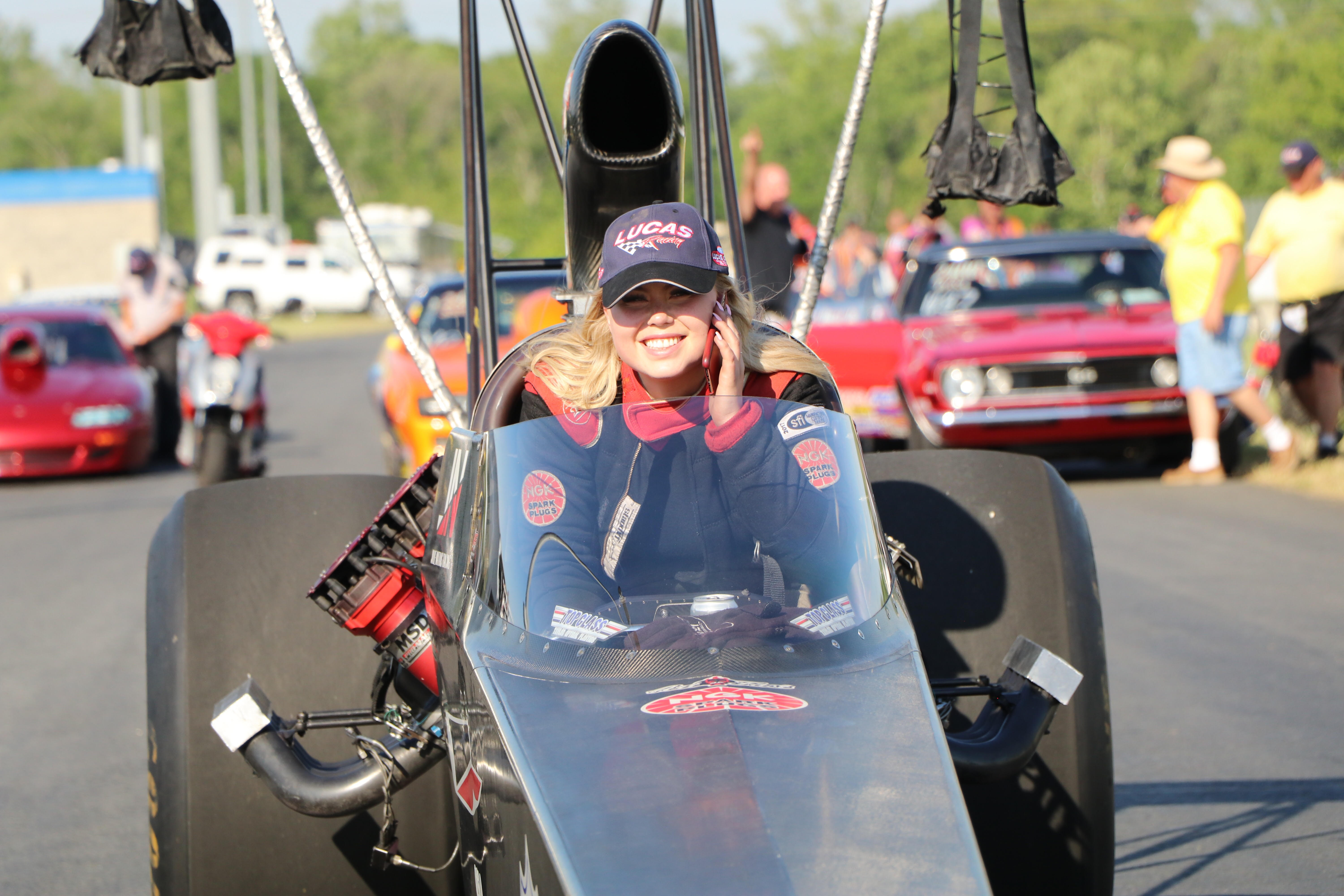 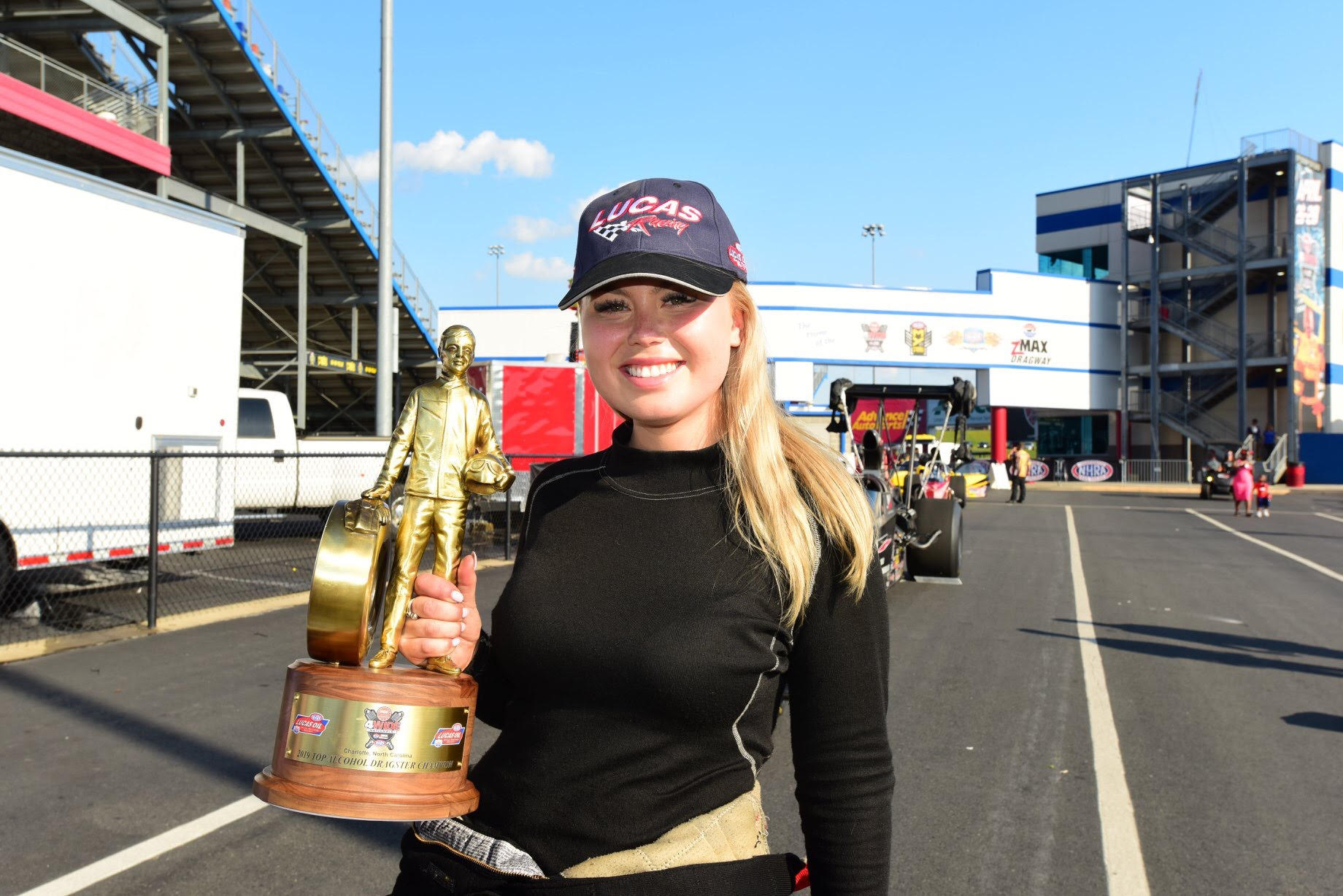 Julie Nataas knew she wanted to be a part of the drag racing scene from a young age. She grew up in Drøbak, Norway and followed in her father Thomas’ footsteps.

“I was basically born at the race track with my dad racing all the time,” Nataas said. “We moved to Drøbak when I was eight years old, and that became our hometown. It’s a small place -- an hour away from our capital (Oslo, Norway). And it’s by the ocean, and it’s cold. We got all four seasons there.”

Nataas said racing in Norway is not something you can do for a career, as you can do in the United States.

“My home racetrack is an hour and a half away from me,” Nataas said. “It’s not big at all. There’s only a couple of races a year at my home track in Norway. Then in our pro classes for the championship, there are five races around Europe. If you want to drive a Top Alcohol Dragster, you’re going to have to compete against a Top Alcohol Funny Car, because we just have a couple of them. They decided last year or the year before that they were going to compete against each other to have more competition between them.

They decided last year or the year before that they were going to compete against each other to have more competition between them.

“If you want to race Super Comp, you’ll probably have 12-15 races a year in the European Drag Racing Series. It’s small and just a hobby for everyone. It’s not something you are able to do as a career. They don’t make a living from it. It’s hard to get sponsors because we don’t have any television coverage from it. There’s really not much around it.”

Nataas’ father Thomas competed in Top Fuel in the NHRA and competed in the FIA European Drag Racing Series, where he won the Top Fuel Championship in 2013 and 2014. Her father competed in five NHRA national events from 2009 to 2011.

“It’s something I’ve always wanted to do,” she said. “Two years before I turned nine-years-old, I was telling my dad, ‘it’s time to buy a junior dragster. Let’s do it. It’s only two-years. Let’s go buy it dad.’ When I was 11 or 12, my dad took me and my brother to the US, and we went to the race track for the first time in Pomona, California. He was going to race there, and I thought, ‘Wow! This is what I want to do!” I’m not going to race in Europe. I want to race over here.

“I saw that drag racing was so cool here. I wanted to be like these guys and girls. I knew then that’s what I want to do for a living. This is where I wanted to race. I thought I would race for fun, but then it’s gotten serious. It’s been all my choice. My dad’s been saying; you can’t be a drag racer -- it’s going to be too hard. It’s going to be hard to find sponsors -- all the stuff that comes with it. I guess I’ve proved him wrong. He’s now all about it, and he’s OK with me being a race car driver. That’s what I want to do for a living.”

When Nataas was racing in the FIA European Drag Racing Series, she finished second in one season in Super Comp.

“That was really cool,” she said. “I believe that season, we did 12 races. We traveled constantly that year -- that summer -- with my dad. We were on the road a lot -- and it was really cool. I wish we could have gotten first place but the guy, who got first place, he’s a really good driver. He’s been racing 20 to 30 years in the same car in the same class. I was happy with it. That year was my first year trying to win a championship, so being second was pretty cool.”

Nataas eventually made her way to the United States to live. During her first year here, she did not race at all. She competed in a few races that summer in Norway.

“He takes care of me like I’m one of his daughters,” Nataas said. “He always jokes about me being his third daughter out there at the race track. If there’s something I want advice on, I go to him. He helps me become a better driver. If I need any advice, I go to Randy or Megan.”

She shares a car with Rachel Meyer. Presently, Nataas is tied with Langley, British Columbia, Canada native Shawn Cowie for second in the National Top Alcohol Dragster standings, as both have 307 points. Megan Meyer is the points leader with 372.

“Rachel and I share a car right now,” she said. “We’re going to be retiring that car soon. We’ll use it at the Norwalk Regional (May 17-19), before we retire it. We both believe that car is a little bit too big for us. It was built for Randy. It’s obviously different for both of us. She is a little bit taller than me. She likes to sit in it different than I do. We obviously have different seats -- along with the brakes and the clutch are usually the same. However, it’s not a lot of adjustments whenever we switch drivers.” 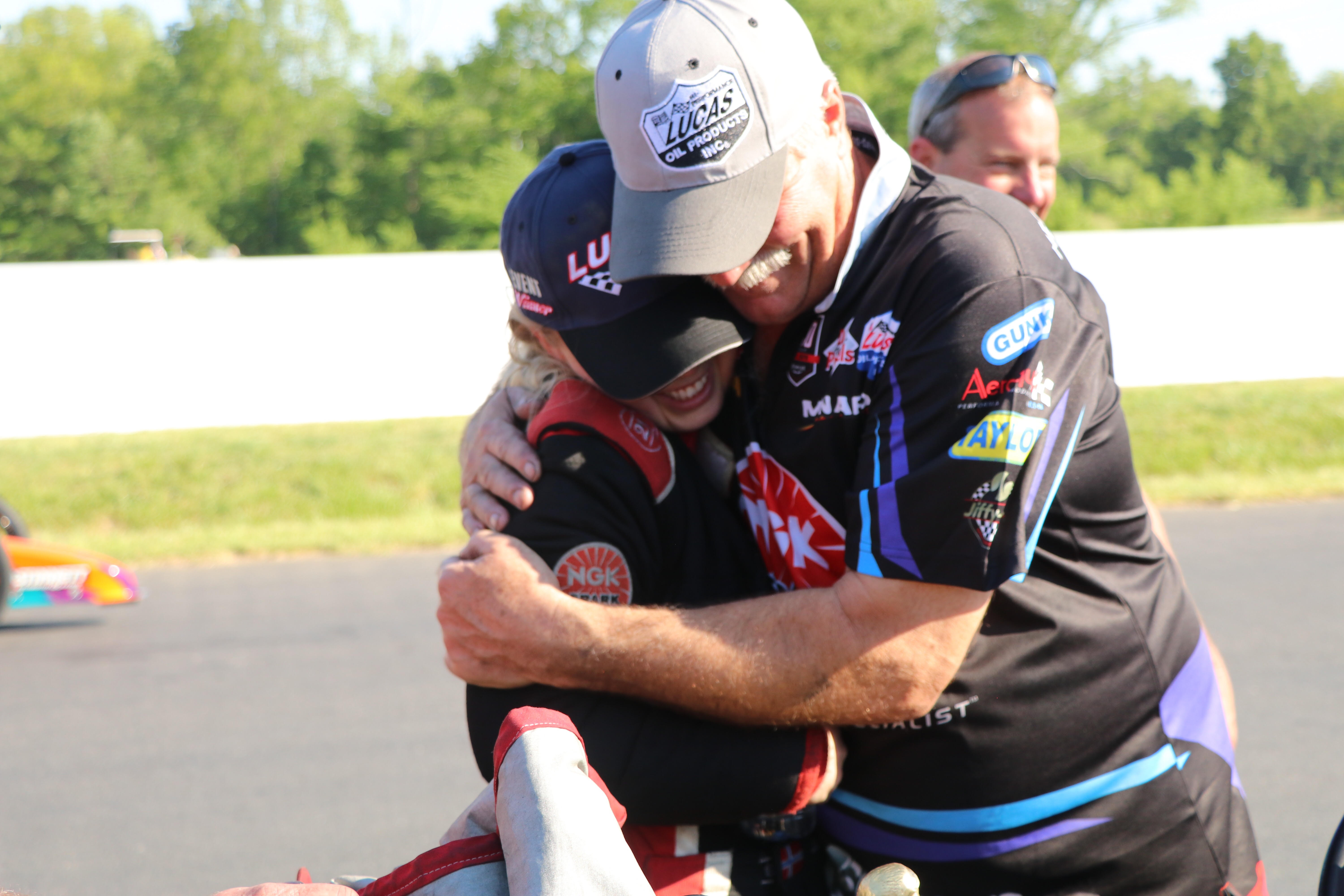 When the new car debuts, Rachel will be testing it out. Then, she will compete in the first few races with it. Both of Nataas’ wins have come in this dragster that will be retired.

“No, it’s going to be fine,” Nataas said. “I’m looking forward to having the new car, because it’s built for Rachel and me. It’s not as big as the one we’re going to retire. I believe it’s going to be better for both Rachel and myself. I would like to get a couple of more wins in the old one, but why [not] do it in the new one?”

Nataas is not sure how long she will be competing in Top Alcohol Dragster. But she would like an opportunity one day to compete in Top Fuel Dragster or Funny Car.

“I don’t know,” she said. “I do know I want to go Top Fuel Dragster or Funny Car. But I don’t really have a plan for it yet. I’m enjoying racing for Randy Meyer and competing in Top Alcohol Dragster. I’m not sure, but we’ll see.

“That would be a dream come true. That’s all I really want. I’ve been dreaming of this opportunity even before I got here in the States. When I got the taste of being at the race track at 11 or 12 years old and then seeing it more and more on TV, I was hooked.”

Presently, there are three female drivers in the Nitro classes in Top Fuel pilots Leah Pritchett, Brittany Force, and Audrey Worm. She has looked up to both Pritchett and Force.

“That would be really cool,” Nataas said. “Those two, I’ve been looking up to them since I was really young. I’ve seen them on the TV and in the pits, so I remember my first final round in Pomona, the same year Brittany won the championship, she came up to me. She said, ‘Good job this weekend, Julie!’ I said, “Wait, what? You just won the championship. You’re the one, who did a good job.” That was really cool. I talk to Leah, a little bit, as well. I know her husband, Gary, through Jonnie Lindberg.”