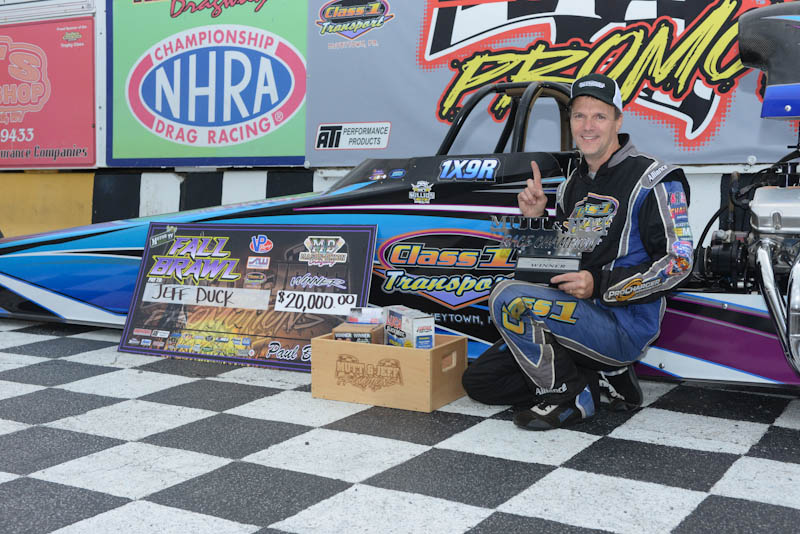 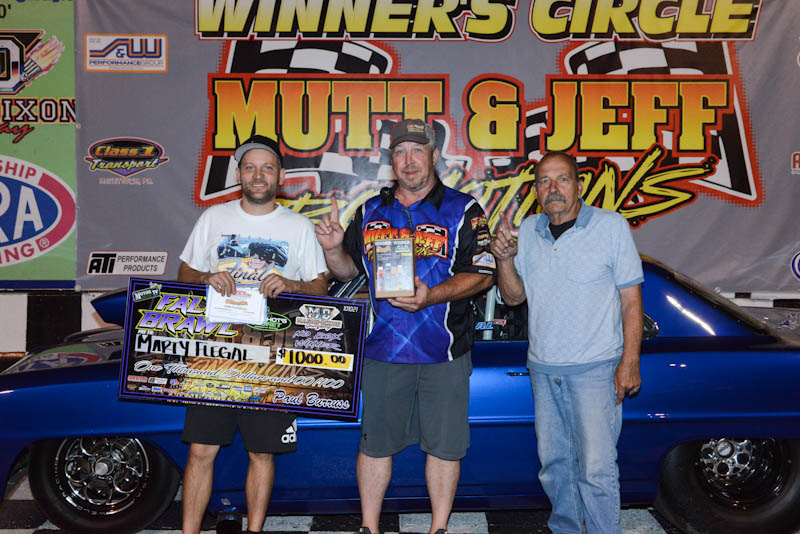 It’s pretty well known that a dragster has always been the tool of choice when it comes to high dollar bracket racing. All that has been changing the past couple of years as door cars have been showing up in a lot of late rounds. In fact, at this event lone, door car entries outnumbered the dragsters in the pre-entered and limited 250 car field.

Just like yesterday, the No Box cars were kept separate with the final combatants Marty Flegal and Scott Lenig. The winner of that pair moved into the next round of the Box class. After identical reaction times, it was Lenig forced to run out and advance Flegal into the semifinals of the Box class after he received a $1,000 bonus for winning the No Box class

Round seven, Raia received the bye run to advance him the semifinals. Shupp took .002-win light to advance, while in the final pair Duck advanced against Coury.

Semifinals, two door cars and two dragsters. Duck and Flegal, with Flegal having the starting line advantage but it was Duck at the finish line to move into the final. In the other pair, Raia dispatched the last remaining door car of Shupp.

Final round, Raia turned it red to hand the $20K to Duck.

The advertised 32-car Shootout completed the weekend with Darlene Staub and Ronnie Horvath doing battle with Horvath coming out on top.

At the end of the day, a Racer Appreciation Party free to all on the property fed the masses to end what has been a great two days of racing.

“Obviously the weather didn’t cooperate with us,” said Mutt & Jeff Promotions’ Paul Burruss, “but we made the best of the situation and between the two races, we paid out all of the moneys and prizes.

“A lot of the credit has to go out to our great staff for all the hard work they put in to make the Fall Brawl what it is,” added Burruss. “And naturally all the racers who had the faith in us to put on a great event. Thank you so much one and all.” 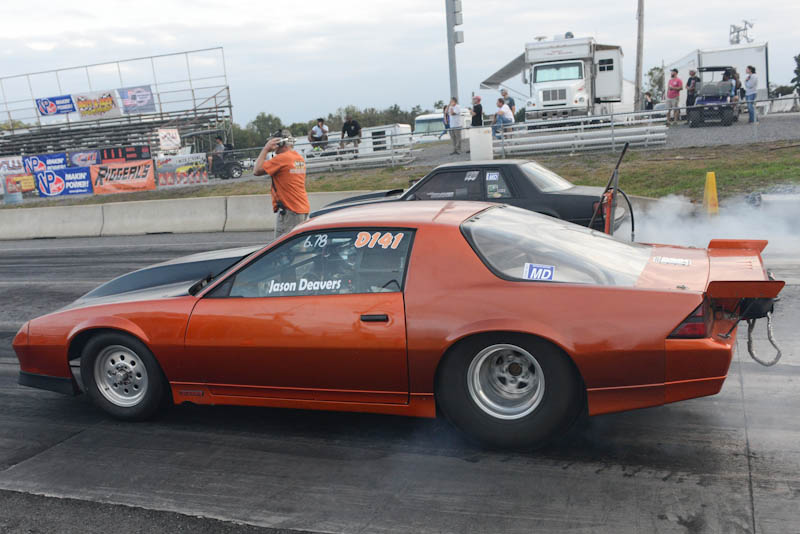 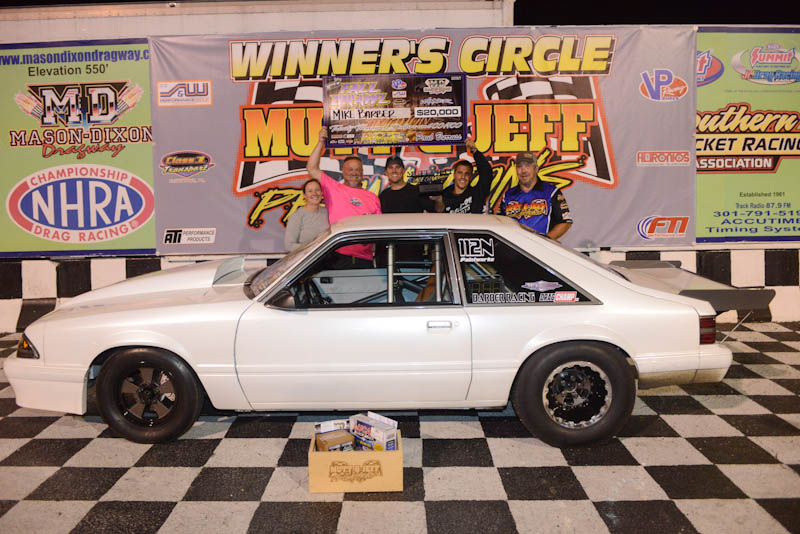 For 2021 and Mutt & Jeff’s second event of the year returns to Mason Dixon Dragway for the appropriately named the Fall Brawl. A pre-entered and limited field of over 250 of the toughest bracket racers made their way down Highway 40 to enter the track to battle for some big money.

The original plan was for three days of $10k-$20k-$10k to win races held with the first of the two $10k beginning today. Plans sometimes go awry especially with incoming weather, and it was decided by Mutt & Jeff officials, Plan B would include running the $20k race on Friday. The announcement was released officially the day before in order to make everyone aware of the change. And so Friday began with a single time run followed by eliminations.

In addition to the actual race purse, thousands of dollars in prizes and awards for various things were handed out thanks to dozens of sponsoring companies, and will continue all weekend long. 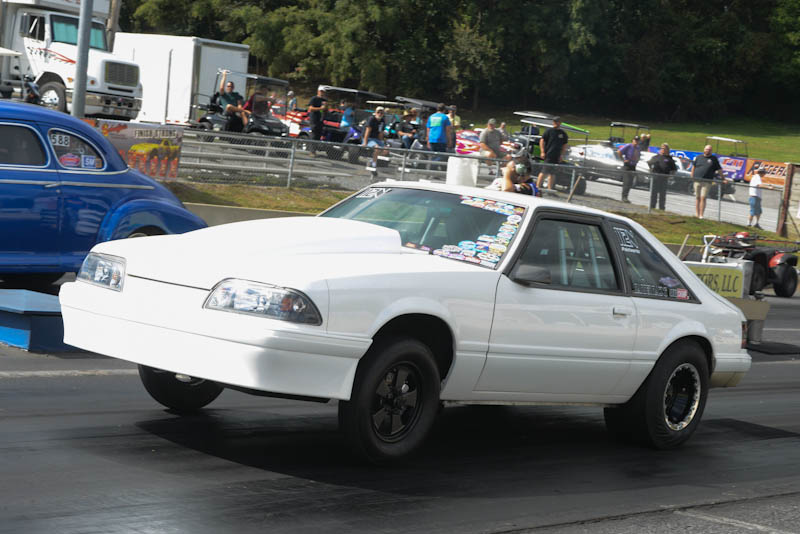 With two different classes run; Box and No Box, both competing for same big prize; the concept is to keep the No Box door cars separate until a winner is crowned after which that person is fed into the following round of the Box; or Super Pro; class. In the final round of No Box, there remained Travis Hill and Jason Deavers with Deavers taking the win by use of a .014 package.

In the ladder round, the remaining players were Russ Hill, Bobby Dunn, Steve Harvey, Frank Falter IV, Randy Kraus, Andy Dolan, Mike Barber and R. Eagan. Survivors from that round were Hill, Dunn, Falter IV, Barber and Harvey. Footbrake winner Deaver will join them in round seven to fill out the field.

Dragsters may be the best tool for bracket racing, but don’t tell the three remaining door car racers; Hill, Barber and No Box winner Deaver still hanging tough. In the semifinals, it was Barber with the odd car bye to the big final, and Hill and Deaver facing off. Deaver picked a bad time to miss the ‘Tree and it moved Hill to the final against Barber where Barber scored yet another win for him this year.

As we mentioned earlier, plans can go awry with more impending weather on tap for Sunday. As a result, with two $10K-to-win races left, officials have chosen to combine the two and race for $20K-to-win on Saturday, with all the round money and prizes doubled. 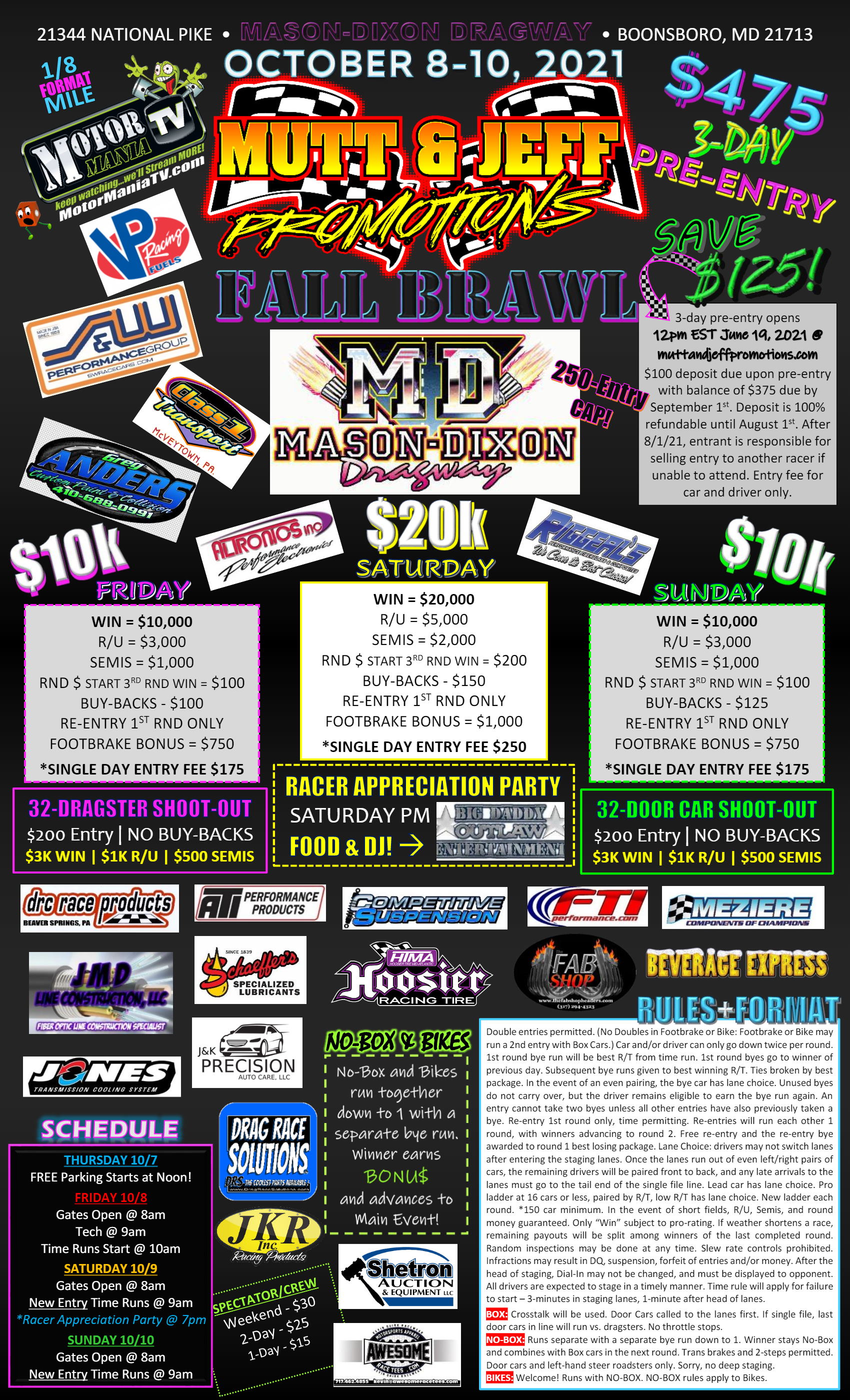 It was 2015 when Mutt and Jeff Promotions opened with their first event held at South Mountain Dragway in Pennsylvania. Looking for larger venue, the following year, the event was moved to Mason Dixon Dragway in Maryland. With a handful of sponsors, that first event in Maryland proved to be the right decision. Racers flocked in to take part in the experience of a high dollar bracket race – Mutt and Jeff style.

“In 2019,” says Mutt and Jeff Promotions’ Paul Burruss, “we chose to move the event further north to Beaver Springs Dragway with an overwhelming success, but never forgetting where it all started.”

For 2021, in addition to the Beaver Springs event held last June, Mutt and Jeff Promotions will be returning to Mason Dixon Dragway this coming week with their Fall Brawl event; three days of high dollar bracket racing. Looking to place a cap on the number of entries to provide for an exceptional experience for racers, when the Fall Brawl event was first announced back in June, pre-entries filled fast proving once again the old adage of “Build it and they will come.” In addition, a separate and limited 32-car dragster and door car shootouts will take place. On Saturday night, an open to all Racer Appreciation Party will also be a part of the festivities.

“The success we’ve had over the years has to be credited to our great crew,” added Burruss. “Without them, all of this wouldn’t be possible. The gates will open at 12pm EST on Thursday with the first of two $10,000-to-win races beginning on Friday. Saturday will pay $20,000 to the winner and we’re really looking forward to getting this party started.” 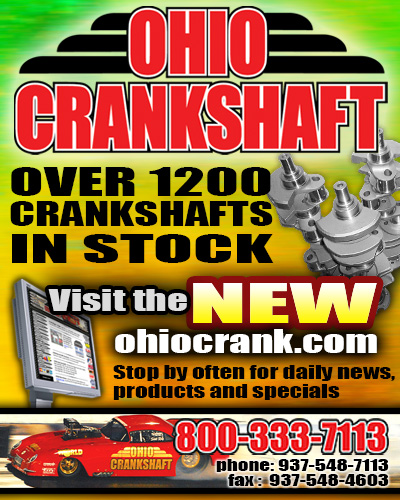