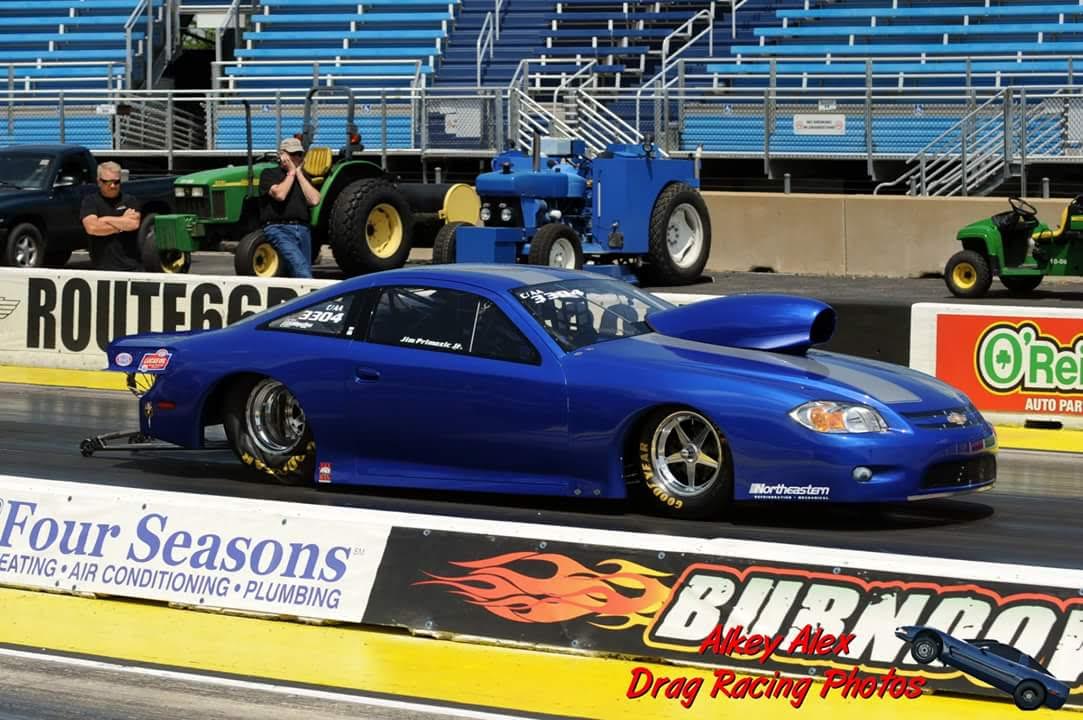 While some third-generation racers have the beginning of their racing careers start in Jr. Dragsters or at the age of 16 after getting their driver’s license, Primozic wouldn’t get behind the wheel of a racecar for at least another decade.

“I didn’t start racing until I was about 26 or so because when I turned 18, I went straight into the military,” he explained. “That kind of put a hold on my racing for a bit but once I got out of the military, I raced a Super Stock Mustang and we just kind of went from there with it.”

When the move to another class presented itself, Competition Eliminator was on the top of Primozic’s list.

“Honestly, I like Competition Eliminator because it’s not just shoe polish,” he said. “We’ve probably spent the better part of six or seven years trying to get a car to go fast. We’ve gone through new cars and a couple motors and we finally just got onto a combination recently that shows a lot of promise.”

Primozic has enjoyed his time in Competition Eliminator but knows this class isn’t for the faint-hearted.

“Comp takes dedication and the will to want to do it,” he added. “Saying you want to do it and doing it are two completely different things and a lot of it is just a person’s drive. Of course, the money involved with the class can get out of control if you let it but if someone’s looking to really put in the effort and some serious engineering and the thinking that goes into this kind of racing, Comp is the class for them.”

In the performance-based class, James acknowledges racing with his family is the best part of the gig.

“Obviously, we come out to race and want to go rounds,” he admitted. “When you win a round in Comp, it’s the greatest accomplishment; it’s huge. It’s almost a weight lifted off your shoulders. I’ve never won a race in Comp and all I can speak from is going rounds but it’s fantastic to win rounds because it’s all you. It’s all the effort you put into this. We’re not professionals by any means but it doesn’t matter if we have a car that barely goes the index or goes 60 under the index, racing with each other is why our family goes to the races.”