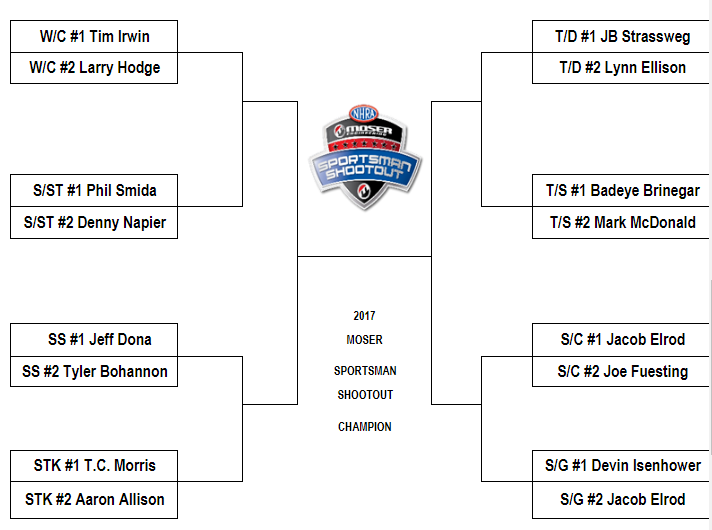 Through a yearlong point’s battle, the top two Moser Sportsman Shootout point’s earners in each of the seven classes in competition were slotted into the 16-car field while Tim Irwin and Larry Hodge will complete the ladder as the Moser Shootout Wild Card entries.

The Moser Sportsman Shootout is unique in that racers from seven entirely different class structures Super Stock, Stock, Super Comp, Super Gas, Super Street, Top Dragster and Top Sportsman will be racing each other. Eliminations will be in a dial-in/breakout handicap format on an eighth-mile. The Christmas tree is in a full countdown mode with the CrossTalk feature not in use.