DAVID TATUM'S FIGHT TO RETURN CULMINATES IN FINAL ROUND 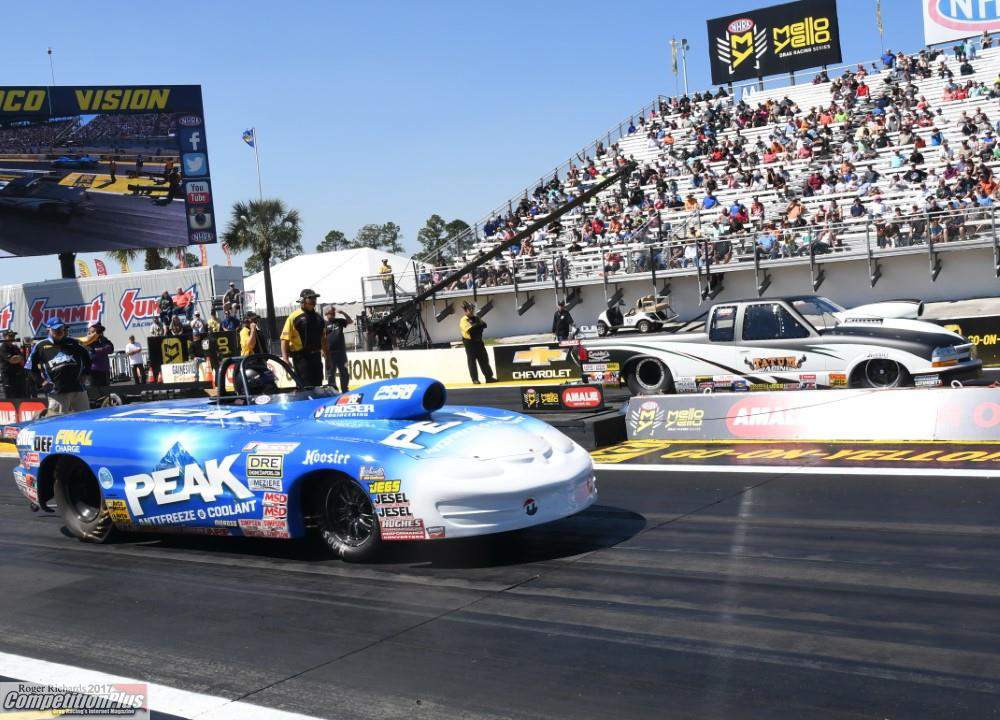 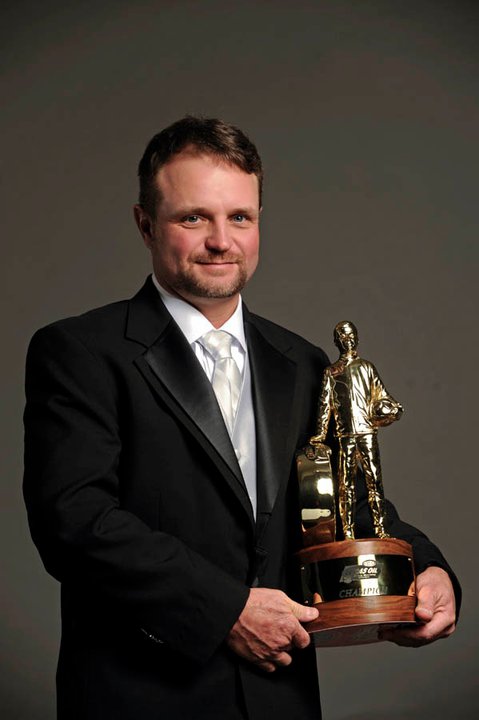 Tatum, a past NHRA Super Gas world champion, is as gritty, and tough as they come but even the most seasoned, battle-torn veteran couldn't help but get a bit misty-eyed if they had to walk a mile in his shoes.

Tatum lost a close final round to his longtime friend Sherman Adcock in the NHRA Gatornationals, a little over three years to the date when his complete racing operation was stolen outside of his shop in Palmetto, Ga.

"Just being back out there, it felt good," admitted Tatum. "It felt like I was home. It was a big deal to me because I proved to myself and everybody else."

Last weekend's Gatornationals was the first time Tatum had raced a national event since March 13, 2014.

"I planned on winning until my buddy stopped me," Tatum admitted. "I stopped myself; Of course I wanted to win, but Sherman and I, we’ve traveled the country for thirty years together. We’re like brothers. So once we got to the final, it was like we’d already won. But both of us couldn’t win."

Even Adcock in accepting the trophy choked up in emotion offering, "It was tough to race him. He wouldn't have it any other way. This is what it is about."

What it is about for Tatum is the determination not to let a group of unsavory thieves squelch his desire to drag race.

Tatum remembers all too well what he describes as one of his worst days ever.

"I’d been to South Georgia Motorsports Park," Tatum recalled. "That was my first race with that car since I’d purchased it from David Watson, who I used to drive for. I was going to get back in Super Gas. And I ran that race, and came home Sunday night."

Tatum said he usually unloaded his trailer, but on this particular evening, he had a customer's car in his shop.

"I just left everything in there," Tatum explained. "I’d never had any trouble before. It was still hooked to my truck, chained to it, locked to it, alarm on and everything. Anyway, I worked until about 11 and left my shop. I came out right at daylight about 7 the next morning, and it was all gone." 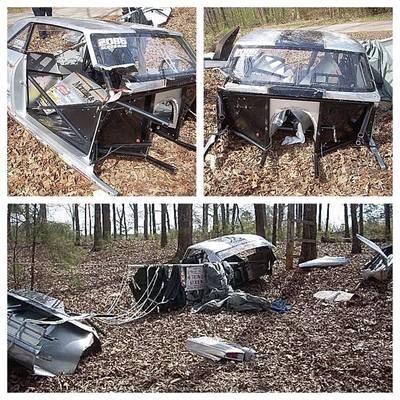 The thieves didn't only steal a race car trailer and a race car. They stole 27 years of hard work accumulating equipment and spare race parts which would have been enough to build a second car.

Tatum admits it would have been easier if he had totally destroyed his car in a crash.

"If I’d had done it in a crash, it would have been awful, but it would have been more respectful because it was something that maybe I’d have been in control of," Tatum said. "I felt really violated. It was like a death in the family. I don’t want to compare it to a person, but I mean they’re robbing me. Any racer would understand, anybody that does it as we do it.

"I mean, that’s part of who you are. Just to get it taken from you like that. The total disregard, disrespect the thugs that did it had, the way they just cut the car up and threw it on the side of the road. It was just bad; I don’t know what the word is for it, they just had no respect for anything."

Tatum's trailer was found two days later, picked clean of all parts and abandoned. His car had all the parts cut out, and the carcass of his '66 Chevy II dumped in a field.

Two years later, there have been plenty of leads but no arrests.

"I had a lot of leads and a lot of clues," Tatum said. "I was doing most of the investigation and never really could get the police to act on anything. You know if you’re not into racing, they don’t understand this and that. I’m pretty much positive it was a group of sub-human thugs that are grudge racers from the east side of Atlanta.

"Not to say all grudge racers are bad or anything like that. I respect what they do too. But it is a thug culture following of that thing that taints grudge racing because of some of the thugs that follow it. They don’t want to work like we do to have stuff that they can just go take somebody else’s stuff."

As angry as Tatum is, his heart melts when he recalls the outpouring of support offered from the drag racing community including his fellow racers.

"I do appreciate the outpouring of support and not necessarily monetarily but of course there was some of that too," Tatum said. "Different people gave money and held some raffles and stuff like that to help me come back. The mental support that everybody, all my fellow racers gave, and friends, people I didn’t even know, people I had never met before. I was getting calls from all over the country, even some different countries people messaged me. I got messages from Canada and Australia. It was just unbelievable the outpouring of it all."

Then he reached the final round against Adcock; a race where many people were pulling against the eventual champion for sentimental reasons.

"You know that’s probably part of the reason I was tardy in the final," Tatum admitted. "You want to win, but it’s your buddy. And you don’t want to beat your buddy or beat him too bad and embarrass him. I don’t know, most people probably don’t think that way, but he and I are super tight, we’re like brothers.

"We were talking Monday night, he said, ‘You know it didn’t really hit me until we were putting our helmets on and they were about to pull us up, they were rushing, and we were both in our cars."

"He said, ‘You know, I was thinking this guy, his first race back after all his stuff got stolen and he’s coming back, and he’s in the final at his first National event."

Sometimes you win, and sometimes you lose. Although Tatum will tell you Sunday, there were no losers.