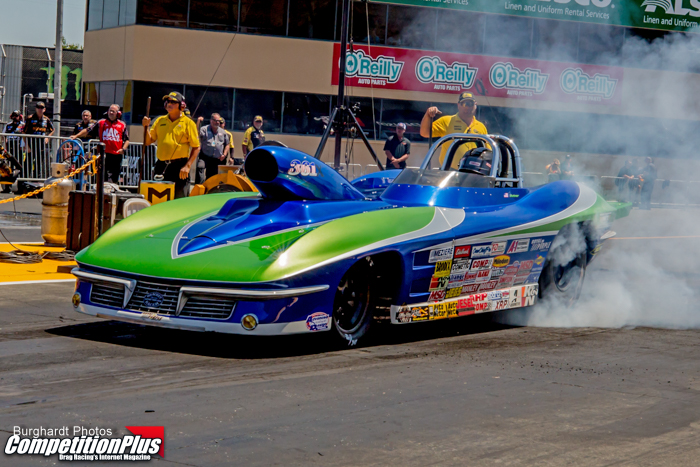 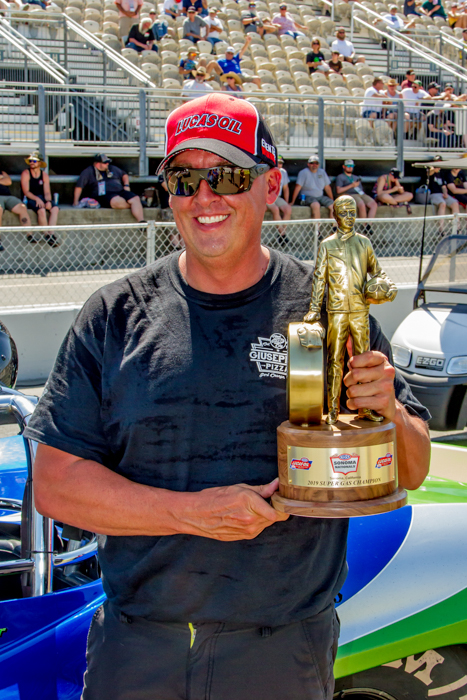 And for past Pro Stock champion Bo Butner, re-engaging his sportsman roots has been important for the veteran drag racer.

Excluding his regular Factory Stock Showdown gig, Butner stepped up in Chicago to race Super Comp at the NHRA Route 66 Nationals. He has been stepping outside of his comfort zone more and more.

Last Sunday in Sonoma might have been Butner’s most comfortable excursion.

Butner drove to the Super Gas title at the NHRA Sonoma Nationals, winning the race just days after purchasing the convertible 1963 Corvette he drove.

“I knew coming into this that the car was good. I’m very happy with it,” Butner told NHRA.com’s Kevin McKenna. “You ask yourself, do you race it or do you be one and done and perfect?”

The victory put Butner in elite company as one of only seven who have won in six different classes of competition.

Butner just days before Sonoma purchased turn-key, the complete racing operation of Aaron Kinard including motorhome, trailer, and spare parts. When he made his first run on Friday, it was the first run he’d ever made in the machine.

Butner didn’t have a learning curve, and the fact the car had been driven to a championship before by Ron Erks, made for a comfortable introduction.

“Aaron Kinard kept it good and maybe even made it better,” Butner explained. “Really, I felt like we were very lucky this weekend, but the guys helping me, like Kyle Seipel, Justin Lamb, Pete Biondo – all those guys. They’re some of the world’s best ever, and I have a lot of faith in them. Randi Lyn [Shipp, fiancée] is doing her own math, and she’s right there with them on what to dial. I feel very confident with all that help. It’s a good feeling. They had it done right.”

Butner fell short of making it two-in-a-row at the Magic Dry NHRA Northwest Nationals, falling in the second round of Super Gas after breaking out against Josh Mellof.