BUTNER RACING HARD WITH HIS OTHER FACTORY HOT ROD 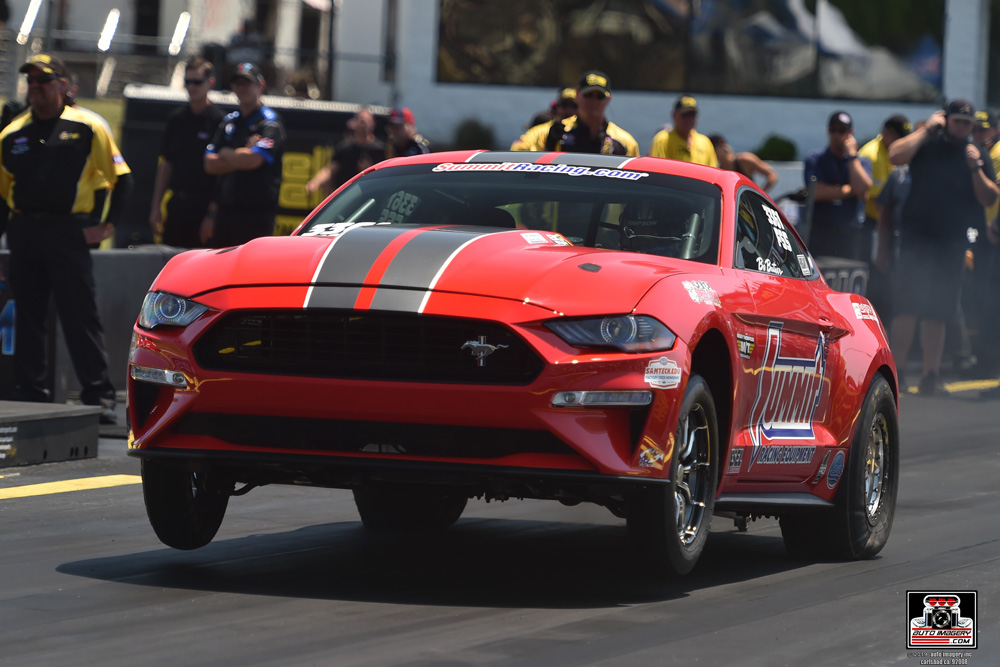 You know him as the baddest man behind the wheel of a factory hot rod, as the Pro Stock point leader.

For Bo Butner, being the baddest driver behind the wheel of non-professional factory hot rod means just as much.

Sunday at Virginia Motorsports Park, Butner reached the final round of SAM Tech Factory Stock Showdown during the NHRA Virginia Nationals, losing a tough final to Drew Skillman. In another day and age, this would have been a Pro Stock final.

"Drew is a good friend and a good racer, and I'm glad he's in that and not Pro Stock," Butner admitted. "Good job to them, but I really, really wanted to double up."

Now Butner has doubled up before winning two sportsman divisions in Las Vegas during the 2012 season, but never in a professional/sportsman combination. 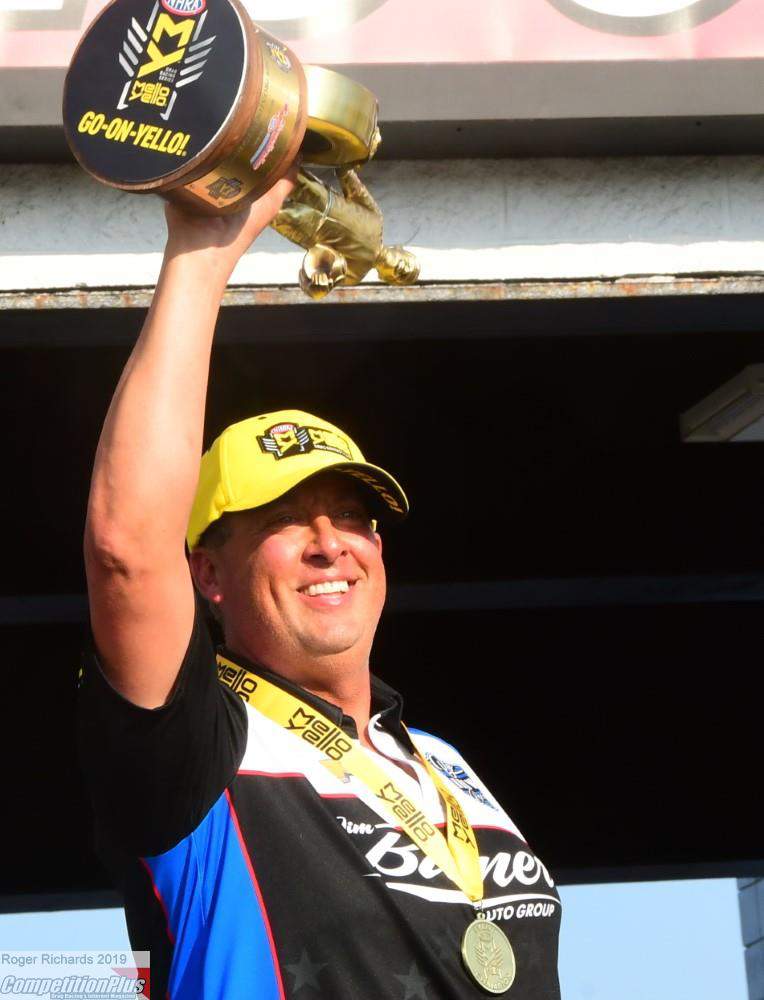 If he ever pulls off this rare double-up, Butner will join elte company, so elite only one driver has done it - Pat Austin. Austin did it not once, but twice: Topeka 1991 and Phoenix 1992, in Top Fuel and Alcohol Funny Car.

Butner will have several more opportunities to attempt the double in his 2019 Summit Racing-branded Ford Cobra Jet Mustang, a car owned and crew chiefed by Darrel Herron and tuned by Jason Lee.

The event in Virginia was the third of eight for the 2019 SAM Tech Factory Stock Showdown. Leading up to race three of the series, Butner did not qualify for the first event in Gainesville but came back with a vengeance to reach the final round in Charlotte where, he fell to Skillman's father, Bill.

"We made a very good run in the final," he said. "The track was great, even if it was hot. I got very heated today. It's very hot out there, and I'm way out of shape to be driving two cars seven rounds in one day, but it was very fun, and I'd like to do it again. It was a good day, and I'm ready for the next one."

Butner leads the NHRA Pro Stock points, and after the Virginia Factory Stock Showdown event is seven points out of second, and 89 points behind leader Drew Skillman.